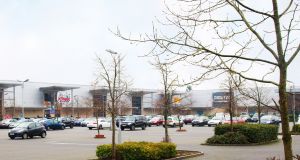 Two months after Irish Life bought Childers Road Retail Park in Limerick for almost €46 million, a private investor has agreed to pay close to the asking price of €15 million for the Ennis Road Retail Park on the opposite side of the city.

Lisney handled the most recent sale for receiver and manager Kieran Wallace of KPMG. The new owner can bank on a return of about 9.5 per cent from the park which is producing a rental income of €1.476 million. This figure is expected to rise to about €1.63 million when tenants are found for two vacant buildings.

Meanwhile, the investment has been sold with a weighted average unexpired lease term of 12.7 years.

There are 18 years outstanding on the Woodie’s lease which is subject to upwards-only rent reviews.

The park is conveniently located adjacent to Jetland Shopping Centre and opposite Limerick Gaelic Grounds.