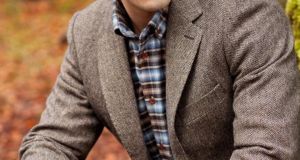 The men’s clothing retailer Magee is to mark its 150th anniversary next year with the opening of a new store on Dublin’s South Anne Street.

The company, which still weaves clothing in Donegal, has traded out of Wicklow Street since 2003. It specialises in sharp tailored suits and tweed and cord jackets, as well as women’s clothing. It has agreed a headline rent of €225,000 for the double-fronted Unit 2 at 21-26 South Anne Street which has a floor area of 205sq m (2,206sq ft) at street level and another 150sq m (1,614sq ft) overhead.

Damian McCaffrey of Knight Frank handled the letting for Briarglen, a company controlled by solicitor Ivor Fitzpatrick, which developed the high-quality mixed-use retail enclave in 2007. Darragh Cronin of Savills acted for Magee.

Meanwhile, a neighbouring tenant, the men’s clothing retailer Hackett London, is planning to pull out of South Anne Street if it can find a replacement tenant. It is currently paying an annual rent of €406,000 for its extensive ground level unit and instructed Emma Coffey of Lisney in July 2014, to offer a sub-lease at €200,000 per annum. There have been no acceptable takers so far.