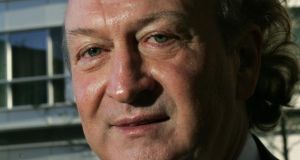 Seán Mulryan: “Royal Wharf is a unique opportunity in terms of scale for central London particularly given its position on the River Thames.” Photograph: Frank Miller

Ballymore Group, the Seán Mulryan-owned property development firm, will sell off a prime development site in London with permission for nearly 3,500 homes and shops in its efforts to cut its debt with the National Asset Management Agency.

The Irish firm received planning permission last year from Newham Council for the 37-acre Royal Wharf site in London’s Royal Docks in east London, which has nearly a mile of frontage on to the River Thames.

The site, which is being marketed by Knight Frank and Alan Selby & Partners, is expected to sell for about £150 million, while the scale of the project means that international buyers may be attracted.

In a statement issued by Knight Frank, Mr Mulryan (above), said: “Royal Wharf is a unique opportunity in terms of scale for central London particularly given its position on the River Thames.”

Ballymore is once believed to have owed Nama €1.5 billion, although Mr Mulryan was quoted late last year as saying that “a considerable amount” of the debt had been repaid.