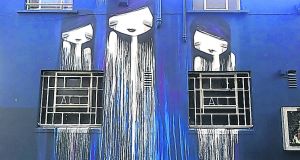 Andrews Lane Theatre in central Dublin has been acquired for €4.4 million by a consortium of private investors led by Adrian Shanagher’s Firebreak Hospitality.

It is understood that the new owners intend to seek planning permission for a 115-bedroom, limited-service hotel in a seven-storey development that will cost about €10 million.

The so-called compact hotel would offer rooms of between 10sq m and 12sq m (107.6sq ft and 129sq ft), in a style comparable to offerings by Yotel, Pod Hotel or citizenM.

It is not expected to serve food or drinks, save for a limited “grab-and-go” option.

While small, the rooms would be finished to a high specification.

This is a new concept for Dublin but experience in other cities shows that guests are happy to pay for smaller rooms to be in the heart of the city and are satisfied with the limited service in the hotel given the availability of food and drink locally.

This no-frills approach can be highly profitable with properties producing an Ebitda (earnings before interest, tax, depreciation and amortisation) of 50 per cent of turnover.

The property, between Trinity Street and Exchequer Street, was put up for sale in March by receiver KPMG. It was marketed by agents CBRE with a guide price of €3.1 million.

According to CBRE, it occupies a “pivotal location” on St Andrews Lane just off Wicklow Street, a short distance from the Central Bank, Trinity College, Dáil Éireann and Grafton Street.

The two-storey structure is now a nightclub called Hangar, which is expected to continue as a tenant during the planning phase.

The site is zoned Z5 mixed use under the Dublin City Development Plan and extends to about 603.5sq m (6,497sq ft).

It is understood that the purchase has been funded with equity from three high net worth individuals, two Irish and one British.

Once a popular theatre in Dublin, Andrews Lane has had a chequered history in recent years.

It was was bought before the crash for €9.25 million by a consortium that was headed by former Tesco executive Martin Garvin.

Planning was approved in 2008 to demolish the theatre and to build a seven-storey-over-basement mixed-use scheme of almost 3,000sq m (32,292sq ft).

This was to include a new theatre, offices, restaurant/cafe and a wine bar.

The new owners would hope to benefit from the record number of tourists visiting Dublin and the strong demand for hotel rooms, particularly close to the city centre.

There has been little by way of new hotel room stock in the capital since the economy crashed in 2008 although a number of projects are slated for development.

The theatre was officially opened by Maureen Potter in 1989 and staged shows for 18 years.

‘Stones in His Pockets

It also staged a number of world premieres, including Roddy Doyle’s Guess Who’s Coming for the Dinner?, Maeve Binchy’s Wired to the Moon, and Jimmy Murphy’s The Kings of the Kilburn High Road.

The final play staged by the theatre was 84 Charing Cross Road by Helene Hanff, which opened in May 2007.

1 Should my mam wait for house prices to drop before buying?
2 Cheers: Conor McGregor's whiskey races up the sales chart
3 Big majority uncomfortable returning to everyday activities
4 Why we’re about to learn if we are really in the A-team
5 US ‘hard seltzer’ drink White Claw launches in Ireland
6 Citigroup warns that markets are out of step with reality
7 McCanns’ Balmoral sees property value hit from Covid-19
8 Dublin drops out of top 50 in ranking of best cities for start-ups
9 ‘I have a talent for justifying purchases’
10 Michael Smurfit: ‘I asked Trump to invite me to the White House for my 80th birthday’
Real news has value SUBSCRIBE