Artificial intelligence moves from realms of science fiction to reality 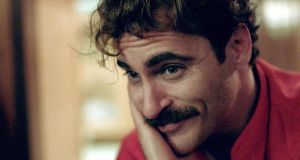 ‘It’s not just an OS. It’s a consciousness.” This blithe tagline from Spike Jonze’s movie Her, released last December, sets the context for how the introverted Theodore Twombly (played by Joaquin Phoenix) falls in love with his digital virtual assistant Samantha (voiced by Scarlett Johansson). Samantha provides an empathetic cushion for a vulnerable man.

His new friend is compassionate; she strengthens and ultimately emotionally bonds with Theodore – and yet ‘she’ is just a software program running in a computer.

While the movie is science fiction, digital assistants are becoming widely available on smartphones and are increasingly sophisticated and personable. As you chat to them, asking questions and issuing commands, they recognise your speech, and talk back to you as they search the web, carrying out your instructions.

In June, Microsoft announced its ‘Cortana’ digital virtual assistant, available on Windows Phone 8.1. The firm is promoting Cortana as more cultivated than its nearest competitors, Siri and Google Now.

For example, you can ask Cortana to restrict interruptions to only those from immediate family members and close friends – useful when going into a meeting or studying. It understands requests to link together events: for example, you can tell Cortana “when my brother rings, remind me to ask him to join us for dinner on Saturday”.

Cortana also understands follow-up requests, in which a question is presented in the context of a previous answer. For example, you might ask Cortana to recommend an Indian restaurant in your locality and then follow up by asking how long it will take you to walk there. Siri and Google Now do not yet have the same level of awareness of family relations and their importance, relationships between events and conversational awareness of context.

As the technology progresses, a proactive capability would be a definite improvement. Rather than waiting to be asked, your smartphone should also volunteer advice relevant to your work or lifestyle: for example, “The traffic on the N11 is still bad this morning, and so I suggest you leave now if you are going to make your 11am meeting with Sean”; “While you were busy, Joe O’Callaghan rang and wants to find out the status of his order”; and “Just to let you know DriveTime has a piece on Irish cuisine on at the moment. Would you like to listen to it?”

Frankly, the current generation of digital butlers are still novelty apps, and not yet ready as prime time business and social assistants. Usually it is far more efficient to simply tap out your request directly on the touch screen of your phone, rather than do verbal battle with a sometimes puzzled (and puzzling!) automated attendant.

However, Cortana has raised the game for the smartphone industry, and surely competitive tension will continue to yield further improvement. The potential is immensely lucrative: the first truly capable digital virtual assistant, approaching the capabilities exhibited by Samantha in Her, would doubtless capture and control the smart device market.

But Samantha has a dark side too. The world presented by Spike Jonze in Her is arguably more intimidating than George Orwell’s in Nineteen Eighty-Four: instead of Big Brother merely watching your physical activities, Samantha is aware of your innermost thoughts and so can manipulate your emotions.

“I’m sorry Dave. I’m afraid I can’t do that” was the chilling catchphrase from the movie 2001: A Space Odyssey, now nearly 50 years ago. “It’s not just an OS. It’s a consciousness” from Her may become as minacious for the next 50 years.