You’ll never beat the Irish, if you find them 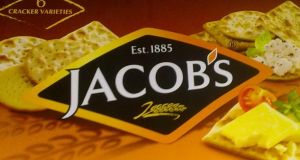 Jacob’s: moved its manufacturing to Britain years ago

What does it mean to be Irish? When it comes to grocery brands, that is, and not the craic-having, cabbage-munching, immersion-fretting stereotype we often see in ourselves.

Checkout magazine and Nielsen this week released their annual Top 100 list of the most popular brands in Ireland. The Irish Times, in reporting the story on Wednesday, said Irish brands on the list included Jacob’s, the manufacturer of every Irish kid’s first biscuit.

Edel Foley, a marketing lecturer with Dublin Institute of Technology, got in touch to say Jacob’s should not be called Irish, because it moved its manufacturing to Britain years ago. Jacob’s, however, is still owned by Valeo Foods, which is headquartered in Dublin and is co-owned and and run by Irish folk.

“Just because a grocery brand has its headquarters in Ireland, doesn’t mean that its brand is made in Ireland,” said Foley.

“Many grocery brands that appear to be Irish are not manufactured here. Over half of the food consumed in Ireland is directly imported, and much of the other half is packaged here rather than manufactured here.”

If you had coffee this morning (tay if you’re really Irish), chances are you slipped in a spoon of Siúcra, the quintessential Irish suger. There hasn’t been an Irish sugar industry for almost a decade and Siúcra is owned by Nordzucker, a German company, although you could argue the Germans own us anyway.

Many an Irish mammy’s burnt apple tart has been rescued by HB Ice Cream, made in Britain. Donegal Catch comes from Yorkshire and Charleville cheese isn’t made in Cork; it’s not even made in this State.

Valeo says the Jacob’s brand has been in existence in Ireland since the 1850s: “[Valeo] employs over 380 people here and many of the Jacob’s products sold in Ireland are unique to the Irish market.”

Kieran Rumley of Love Irish Food, a brand mark with strict qualifying criteria requiring that the manufacturing and ingredients (where possible) should be Irish, says he turned away two brands this week that sought membership. About 14 of its 110 brand members made the Top 100. “We make a distinction between Irish brands and Irish-produced,” he said.

Brand owners are not obliged to put the country of origin on their products. Food for thought . . .