New Jameson micro-distillery to focus on recipes from 1800s

A new micro-distillery opened in Cork will base its whiskey on recipes discovered in the personal notebook of John Jameson II dating from the early nineteenth century.

The facility, launched today by the Irish Distillers Group, is on a site adjacent to its existing Jameson plant in Midleton, Co Cork.

When fully operational, it will produce 400 casks of its new “small batch” product annually.

“Our archivist recently uncovered a notebook personally used by John Jameson II in 1826 which he used to take note of special recipes and ingredient mixes used by the original Jameson distillers,” said chief executive Anna Malmhake. 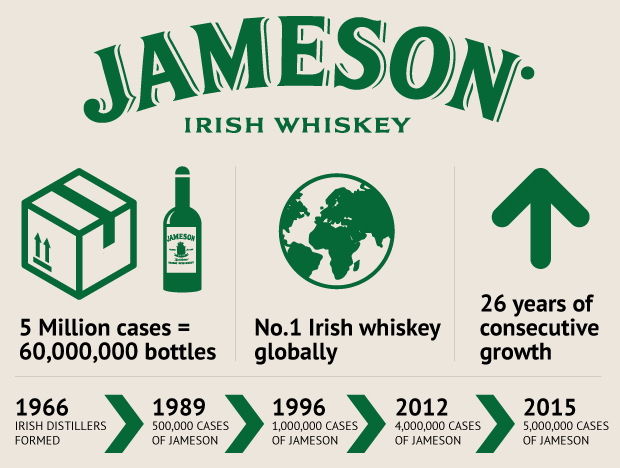 “The micro-distillery will enable us to bring these old Irish whiskeys back to life in the modern era as well as experiment and innovate with new ingredient mixes.”

The company, which also owns the Paddys and Powers brands, said it had also reached a milestone of producing five million cases of its Jameson brand this year, a long way from the 500,000 volume it was turning out in 1996.

“We have recently doubled production capacity here in Midleton to keep pace with the astronomical growth prospects and we expect to have to expand capacity again in the next few years to keep up with demand,” said Ms Malmhake.

That in itself may be a challenge given the lack of expansion space at its Dublin operation, a restriction that saw the new micro-distillery opened in Cork.

‘I haggled over my apartment but I’m hardly going to do that at my local Lidl’ 00:00
Covid lands blow on Katie Taylor’s commercial business 16:38
Paying a price on inheritance when your aunt is not really your aunt? 15:42
New era of tax won’t end Ireland’s winning streak 12:26
Irish Life remains in the running to buy Davy 11:36

1 Ten of the most mysterious aircraft disappearances

3 Paying a price on inheritance when your aunt is not really your aunt?