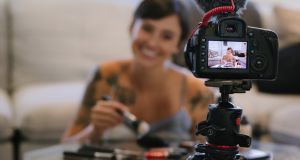 Influencer marketing has enormous potential if it’s done right. This is becoming a big “if”. Over the last few years, influencers have been increasingly called out for their misleading advertising posts; photoshopping and filtering of images ranks high here and all of this is having a significant impact on consumer trust.

In 2017, a study found that 70 per cent of people trusted Influencers, more recently however, Media Agency, Universal McCann, have put this figure at a staggering 4 per cent. That’s a significant drop in numbers

The knock-on effect is that consumers now question these influencers’ authenticity and rightly so. When influencers first emerged, there were zero regulations. We saw influencers attach wild claims to a product’s benefits with no backing whatsoever. People could do whatever they wanted with little to no care as to how it was influencing their followers’ purchase decisions – just watch the Netflix documentary Fyre: The Greatest Party that Never Happened and you have a perfect example of this.

This original nonchalant approach has caused a huge problem for influencers today as consumers have become more sceptical and vigilant, with consumer complaints to the Advertising Standards Authority for Ireland rising from 11 in 2016 to 107 in 2018.

Consumer complaints aren’t the only thing influencers need to be concerned about either. We’ve seen a rise of “counter influencer” pages created that track and monitor influencers’ posts and hold them accountable for the content they produce. These accounts call out influencers who purposely misinform their followers, and with huge followings it’s a sign that social media users see a need for this transparency.

Take Rob Kenny’s partnership with Boots for instance; he was paid to promote their “Stop for Good” campaign and documented his attempt to quit smoking over a 12-week period. Unfortunately for him, and the brand, he was pictured smoking in Dublin Airport. Bloggers Unveiled quickly revealed this to its dedicated audience and the image racked up hundreds of comments. The problem wasn’t that he had the cigarette; it was the fact he tried to hide it.

This called into question how honest he’d been up to this point. For a brand like Boots, not only was the campaign a waste of money, it was an embarrassing situation to find itself in. It’s cases like this that have caused the public to lose trust in influencers and brands alike.

On this week's Inside Marketing podcast, Anna Nolan, content specialist at Storylab discusses where influencer marketing will go to next. Listen now

In contrast to the above, influencer marketing has shown no signs of slowing down. In fact, it’s expected to increase further over the coming years. According to Adweek, influencer marketing will be a $4.5 billion (€4 billion) to $10 billion (€9 billion) industry by 2020. A survey from the Global Web Index, found that 17 per cent of 16-24-year-olds in Ireland find out about brands through influencers and bloggers, while 36 per cent of this same age group will use social media to review and research products they are interested in. Worldwide, this figure rises to an astonishing 47 per cent.

This space gives brands an opportunity to connect and engage with their desired consumer. According to a study by Adobe, millennials spend eight plus hours online engaging with content across various platforms, increasing again for Generation Z. Influencers can play an integral part in connecting brands with these sought-after demographics. So, we’re at a crossroads and there’s a decision to make. Do agencies and brands want to think differently about how to use influencers and avail of this massive opportunity? Or, do we continue as we are and watch the trust deteriorate to irreversible levels?

Making it work for brands

Find an influencer who relates and fits organically within your brand’s target sector or brand. If you choose an influencer who wouldn’t naturally speak about your product or service then the ad will reek of inauthenticity and the endorsement won’t seem credible, having a negative rather than positive effect on the brand.

Before kicking off a campaign, check how credible the influencer is; though some have large followings, some of these may be bought and might not be real or relevant accounts. There are online tools that can track this, but a good trick is to check how much engagement their posts are getting; this is a great way to see how much “influence” they have. If an influencer has loads of followers, but no engagement, this is something to worry about, and it’s probably best to avoid working with them. When working with influencers, engagement is key.

Not only can influencer marketing be a clever tool for brand building, it can also be used as an effective “commerce” tool. The use of affiliate linking in association with a specific influencer can drive traffic to your site and product in a credible and direct way. Siobhan O’Hagan’s partnership with MyProtein is a great example of affiliate influencer marketing by the fitness industry. Her “Swipe-Ups to buy” are reaching a loyal and dedicated following and MyProtein is being promoted directly to her 120,000 followers. This is a great example of matching an influencer’s interest with a brand’s product.

Be prepared to relinquish control

When using an influencer, listen to their recommendations on identifying the best way to reach their audience. One of the biggest mistakes brands make is running an ad via the chosen person’s channel rather than allowing the influencer to create a clever piece of native content to promote the brand.

Make sure the promotion is marked clearly

Work with the influencer to make sure all promotional comms are clearly marked as an ad and follow all ASAI guidelines – this responsibility lies with the brand and the influencer alike. If the brand is seen as trying to mislead the public, this will have a negative impact on your consumer relationship.

Before starting your campaign, clearly outline what you want to achieve. Work with your influencer to create a content plan to achieve this and once specified, decide on a reporting and measurement template. Measuring the effectiveness of the promotion is just as important as the promotion itself.

In a time when consumers are feeling very negative and sceptical towards advertising, the influencer space may be a place for brands to reach an audience, but it can also be a space that creates even further distrust.

My last few words of wisdom would be: choose wisely who you work with, follow the rules, respect your consumer and allow the influencer to be the creator.