England manager Roy Hodgson praises his squad as he and his coaching staff step aside following a defeat to Iceland at Euro 2016. Video: Reuters 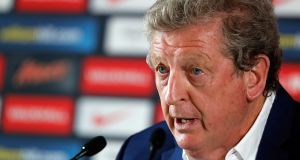 It was going to take something special for the England football team to recapture the headlines from England’s other big European exit but on a historic night in Nice, Roy Hodgson and his players delivered.

Maybe more of us should have seen the failure coming. England had struggled to score against mediocre teams like Russia and Slovakia, and barely beat a Welsh team who seemed intimidated by the occasion.

In Saint-Etienne after the 0-0 against Slovakia, Roy Hodgson had been irritated by questions about his team’s apparent inability to score, and predicted some team soon was going to take a battering. Instead it was England who went down to their greatest humiliation in decades.

The criticism of the England players was predictably harsh. The Times awarded every player a mark of zero. The fans sang that they weren’t fit to wear the shirt. They were a disgrace, an embarrassment to the country, and so on.

As usual, most of the criticism takes the form of moral judgments. England’s failings are moral failings. They lost to Iceland because they lack character. The players are cowardly, greedy degenerates who only care about their clubs and sponsors and don’t understand what it means to wear the Three Lions, and so on.

But look again at the reaction of the English players to the full-time whistle. They looked traumatised and terrified. It was nothing like Spain’s “aw shucks” reaction to their elimination against Italy. The English players looked like the worst thing in the world had happened to them. They knew the country wasn’t going to take this one well.

The issue of concentration seems to be a problem for England in other ways. Over the last few days, the stories coming out of the camp were mostly club-related nonsense. The FA were said to be annoyed with Jamie Vardy for conducting contractual negotiations with his club while on tournament duty. Some players were supposedly irritated by the social media output of Vardy’s fame- hungry wife. Raheem Sterling, whose morale had taken a beating after reading too many mean tweets about himself, had taken a call from Pep Guardiola who had promised to “fight for him” at Manchester City. It seemed as though their focus wasn’t entirely on the match they were about to play.

Within hours of the defeat to Iceland, Sky Sports had a highly detailed story claiming senior England players had lost faith in Roy Hodgson because of his puzzling tactics and team selections. Wayne Rooney put out a statement saying it was all false, but maybe he just wasn’t part of the grumbling circle.

In the circumstances, it would have been astonishing if the England players hadn’t been questioning Hodgson. His tactics and selections appeared to be designed to appeal to an external audience rather than to the players themselves.

It’s a testament to Hodgson’s political skills that he even got to manage England at a third tournament after masterminding their worst-ever World Cup performance two years ago.

English football had been so beaten down that one point from three games against Italy, Uruguay and Costa Rica was considered adequate. Hodgson was praised for “trusting in youth”, which basically meant picking Raheem Sterling. The truth was he trusted too much in the superannuated and spiritually broken Steven Gerrard, but he managed to sell the other version of the story.

And he repeated his 2014 error of leaning too heavily on an aged and ineffective captain by betting the house on Wayne Rooney. Rooney says he’s not going to retire, but when he thinks about it he will surely see that the case for finishing now is unanswerable. He is already clinging on a place in the team by his fingernails. He’s not good enough to get in the team up front and he’s no more than a mediocre midfield player. Having seen how he failed to repay Hodgson’s faith, the next England manager will be hoping that Rooney calls time.

As to what can happen now, the fact that Iceland has the same population as a larger English town will probably blind England to the lessons they could learn from Iceland.

They are an example of what can be achieved when players trust each other and work together. Iceland’s qualities will be ignored in the rush to condemn and lampoon the English players, thus perpetuating the cycle of dread and resentment. That’s why there’s never joy with the England team, only fear, and that’s why you can always count on England to crack up when it really counts.