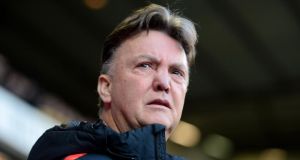 Louis van Gaal’s complaints about the English fixture schedulehave continued with him questioning whether the Premier League short-changed supporters over the busy Christmas period and citing what he believes was a clear deterioration in the standard of games.

Van Gaal, reflecting on his first five months at Old Trafford, went against the norm to commend Manchester – the city Carlos Tevez once complained had “only two restaurants” – for its choice of culinary delights, expressing unconcealed surprise bearing in mind “when I came to England everybody said the food was not good”.

Yet the United manager is clearly finding the demands on his players less to his taste and was not entirely impressed by how his complaints had been perceived by the Tottenham manager Mauricio Pochettino.

“I read the papers and my colleague, Pochettino, said: ‘It’s the same for everybody’. Yes, it’s for everybody. But I have not said anything about my opponents, I have said something about the FA and maybe you can transfer that message better than to provoke my colleagues.”

Van Gaal emphasised that last point by clapping his hands in apparent annoyance but he does believe his players will be fully recovered when they play at Stoke City on Thursday. His team have won seven of their last nine league games but his challenge is now for them to take their impressive home form on the road.

“We have won every game except Swansea City at home, the first match – but away, only Arsenal and Southampton, when we were the lucky team. We have to dominate away matches and I hear from Ryan [Giggs] that Stoke City is a very difficult pitch.”

Five months in, Van Gaal gives the impression he is enjoying Manchester more than he had expected. “English life is fantastic because I have met only friendly people on the streets and in the restaurants. The food is fantastic because when I came to England everybody said the food was not good. Also, the wine list is fantastic. I have very nice neighbours; they are all older than me but very nice. I live in a surrounding environment that is fantastic.”

It was some speech, undone only when he was asked about his favourite choice of restaurant and the best food he had encountered. “Chinese,” he replied.

Real president Florentino Perez told Spanish newspaper Marca that Welshman Bale, who signed for the European champions for a world record €100 million last year, was key to the club’s present and future.

Bale has been linked with a move to Premier League giants United, who have been undertaking expensive rebuilding under manager Louis van Gaal.

“We have not received an offer from Manchester or any other club for Gareth Bale,“ Perez said.

“We haven‘t received any offers for one simple reason: every club knows that Gareth Bale will never leave Real Madrid and that the club will not discuss their star, no matter how much is offered.”

At 25, Bale is growing into his Galactico boots.

“Bale is a key player,“ Perez said. “He has already done so much for the team and is a key part of our club‘s future.” – (Guardian Service)