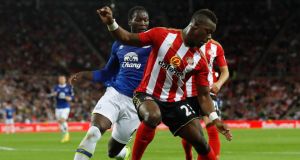 Ivory Coast international Kone, 27, had been a target for rivals Everton during the summer transfer window.

Despite the player making a transfer request in a bid to force the move through, the £14million deal was blocked by Black Cats boss David Moyes who could not bring in a suitable replacement.

Kone, though, has now seen his future resolved, putting pen to paper on a deal which will keep him at the Stadium of Light until 2021.

Moyes is glad to be continue to be able to count on Kone, who joined Sunderland for £6m in January from French club Lorient.

“Lamine is an important player for this club and I made that clear to him from the outset,” the Sunderland manager said on the club’s official website, www.safc.com.

“He has only been playing in the Premier League since January, but in that time we have already seen what he is capable of.

“The challenge for Lamine now is to build on what has been a very positive introduction to English football and to continue to improve and grow as a player.”