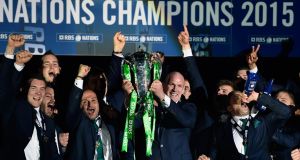 The new Six Nations bonus point system is set to give the most expansive, as well as the most consistent team the best chance of winning the competition. But how would the last five years have turned out if the system had already been in practice?

Would Ireland be 2015 Six Nations champions on “Super Saturday” in Edinburgh, when themselves, England and Wales all took their pursuit of the title to the final day with only scoring difference separating them?

Yes is the answer. In fact, over the last three years bonus points would have made no difference to the final standings whatsoever.

The same is the case for the 2012 season in which Wales were Grand Slam winners, and so 2013 is the only year of the last five in which the new system would have altered the standings.

That year Wales and England were both level on points after the final round of games, with Warren Gatland’s Wales taking the trophy on scoring difference. Under the new system however, England would have pipped them by a point – earned in their first round bonus point win over Scotland.

And of course Ireland’s other Six Nations victory, in 2009 would also have still stood, with the three points allocated to Grand Slam winners ensuring that no possible string of results could prevent them from taking the Championship.