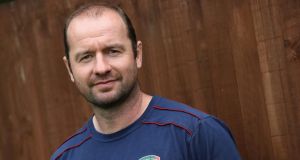 As Leicester lurch from one mess to another, one head coach to the next, England’s best supported and most successful club is faced with a familiar conundrum: to stick or to twist. Since Richard Cockerill was shown the door a little less than two years ago, Aaron Mauger has been promoted from within, then Matt O’Connor summoned back to Welford Road. Neither lasted very long.

Now it is the turn of former Ireland international Geordan Murphy. He begins in credit after 16 years at the club as a player and this, his sixth season on the coaching staff. As the chief executive, Simon Cohen, explained to the Leicester fans’ forum the day after O’Connor was sacked: “There is no intention, unless the wheels completely fall off, to make any further change. Every opportunity will be given to Geordie to make the most of the role.”

If that is the unanimous decision among the club’s hierarchy, there is also muddled thinking and undoubtedly an impression of too many voices creating indecision when the head coach is sacked after only one match of the season. “I don’t believe that the board have made such bad decisions that they should be resigning,” added Cohen. “Across the board, there is a lot of knowledge.” Perhaps too much.

Both in the boardroom and the dugout then, it seems clear Leicester are keen to stick again; to avoid a break with the past. There is little desire for a new broom, as both Harlequins and Northampton have opted for this season, rather Leicester prefer someone who has intimate knowledge of the setup during the club’s halcyon days, who, so the theory goes, can restore them to past glories.

The problem, is that on the field, the Tigers look more like pussycats. They no longer splash their playing budgets on forwards, rather on illustrious backs but you can have the Harlem Globetrotters behind the scrum and go nowhere fast if, as seen last week against Exeter, you cannot get them the ball. As Ben Youngs says: “You can over-complicate rugby. You need to get over the gain line, if you get on top of that gain line, it’s quicker ball, quicker ball means fewer defenders. It really is pretty simple.”

Supporters will at least be encouraged then, by what Murphy had to say on his first day in charge on Tuesday. “Certainly something we can do is bring physicality back to our game,” he said. “It was more of an organisational day today but we might pull a few lumps out of each other on Thursday.”

Both Tom and Ben Youngs have given Murphy their unequivocal support but as glowing as their endorsements are, it is impossible to escape the sense that the club has been in this position too often. Expressing hurt at watching a bastion of the English game slip down the pecking order does alter results in the long term. Ben Youngs however, is hoping Murphy can have the same impact as Cockerill, who took over on an interim basis in February 2009 after Heyneke Meyer’s departure and was given the job full-time two months later.

“When Cockers first got the job, he got it in very similar circumstances,” said Youngs. “Cockers came in and was here for eight or nine years. There is no reason why Geordie is not capable of that. He knows exactly what he wants to do and he is more than capable of doing it.”

So Murphy is the latest firefighter handed the hose and you would not bet against him dousing the flames with a much-needed win against Newcastle on Saturday. It remains to be seen, however, if he is well-enough equipped to arrest Leicester’s steady decline. For that is a fire altogether harder to put out. – Guardian service