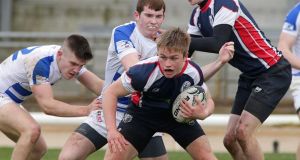 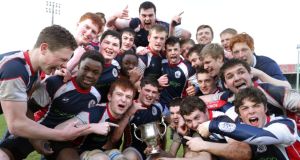 Sligo Grammar, staring at a seventh Connacht schools senior cup final defeat in 11 years, staged a last-gasp rally to secure the crown in an exciting encounter at the Sportsground on Thursday.

They had been denied in the dying moments of the drawn match last week when Garbally College, the most prolific winners of the title with 44 wins, scored a converted try to force a replay.

For long periods yesterday they looked set for their first win since 2007 but got caught in the closing moments when Sligo Grammar struck to secure their 10th crown.

Captain and lock forward Joe Conway was the hero when he got the touchdown a couple of minutes from the end from a lineout drive after a penalty to the right corner when they trailed 9-3.

Trailing
The try still left Sligo trailing by a point but centre Matthew Cosgrove kept his nerve and slotted the conversion to edge them in front for the first time in the game.

There was still time for Garbally College to mount a final assault but Simon Keller, the hero last week when he scored and converted the equalising try, saw a snapped drop-goal under pressure narrowly miss the target.

He had given Garbally a fourth-minute lead as the most prolific winners of the competition controlled the opening quarter but had to settle for that 20-metre penalty as their only score.

Captain Seán Horan and impressive fullback Eoin McCormack threatened for Garbally but the Ballinasloe school was unable to increase their lead.

Sligo Grammar came more into the game and centre Cosgrove got them off the mark with a superb penalty from the left wing after 21 minutes which left it 3-3 at the break.

Back in front
Another break by McCormack produced a penalty right in front of the Sligo posts which Keller converted after 55 minutes to edge Garbally back in front.

And the outhalf made it 9-3 with 11 minutes of the game remaining when he landed a drop goal after another bout of pressure towards the end of a half largely played in a downpour of hailstones.