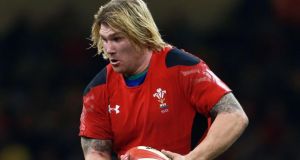 The Welsh Rugby Union announced that eight players will return to their respective regions and clubs, with outhalf Hook, scrum-half Phillips and hooker Hibbard — they have 209 caps between them — being joined by Jack Dixon, Rhys Patchell, Nicky Smith, Rory Thornton and Dan Baker.

A total of 38 players will return to the WRU National Centre of Excellence on Monday to continue World Cup preparations.

It’s been a difficult task reducing the squad down and deciding who will meet up with us again on Monday,” said head coach Warren Gatland.

“All the players involved over the past eight weeks have put a huge amount of effort in. The intensity and dedication from the players out in Switzerland and Qatar has been really impressive.

“That makes our job a lot harder but as we continue to move into our rugby focused phase of training its important we reduce the squad number down.

“There will be disappointment from the players but its important to stress that the door is not closed. We name our final Rugby World Cup squad on August 31st and a lot can happen between now and then.

“As a squad we will now meet up again on Monday to continuing preparing for Ireland away which is just over a fortnight away.”

1 Liverpool’s Klopp responds to Donegal schoolboy who asks him to stop winning
2 Six Nations: Ireland v England all you need to know guide
3 Wales’ cheating allegations show a lack of respect says France coach Fabien Galthie
4 Ireland wary of Peyper calling the tune as they head for Twickenham
5 Owen Doyle: Day of the jackal may be coming to an end
Real news has value SUBSCRIBE

Alessandro Zanni returns to Italy side for Rome clash with Scotland 15:40
Liverpool’s Klopp responds to Donegal schoolboy who asks him to stop winning 15:29
England bring back prop Beno Obano as frontrow concerns grow 15:06
Messi: ‘it never occurred to me to leave and does not now either’ 14:28
Wales’ cheating allegations show a lack of respect says France coach Fabien Galthie 14:19
Here is your handy guide to sport on television this week