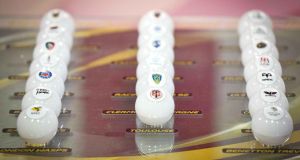 Munster’s remit is equally arduous as they must take on beaten Heineken Cup finalists, Saracens – they also lost the Aviva Premiership final having finished top of the table during the league stage– perennial challengers Clermont Auvergne and another English club in the Sale Sharks in Pool 1.

Prior to drawing the 20 teams into their pools, the first duty for former England and Lions secondrow Simon Shaw and Scott Quinnell was to decide on the final two top seeds that would join Leinster, Toulon and Saracens. Northampton Saints and Glasgow Warriors won the lotto while Castres dropped into the second tier.

Meanwhile Connacht have drawn two French sides in Pool 2 of the new European Challenge Cup. Their supporters will be able to enjoy the delights of Bayonne and La Rochelle while also heading to Sandy Park, home of Aviva Premiership club Exeter Chiefs.