Leinster, Ulster, Munster and Connacht - will continue to train as normally as possible 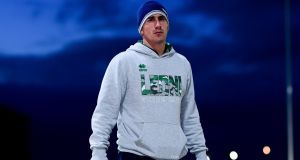 With no end in sight to the Covid-19 outbreak, the Champions Cup quarter-finals over the first weekend in April remain under very real threat of postponement and possibly even cancellation.

EPCR are sticking to their statement from earlier this week that “currently envisages” Leinster versus Saracens at the Aviva stadium on Saturday April 4th, followed by Ulster’s trip to Toulouse on the Sunday, will both go ahead. But these fixtures, like all the others, could be wiped out in the coming days.

Despite a contingency plan to play the quarter-finals in empty stadiums, as seen across European football this week, and presuming the government ban on mass gatherings - indoor of 100 people and outdoor of 500 - until March 29th is extended, the French clubs seem to lack the appetite to shut out supporters.

Cancelling all European competition for this season might be unavoidable following the French clubs general assembly on Monday in Toulouse.

“The Pro14 is an international league,” explained the suspended Pro14 on Thursday evening (news which came just before a large Leinster squad were due to embark on a two match tour of South Africa). “Cross border travel is inevitable and that brings with it unique challenges. With governments in Italy and Ireland already putting in place clear directives and restrictions around public activities and travel, the decision to suspend the competition is appropriate.

“It is in the best interests of everyone that games are not played at this time. The suspension has been directed by the board of Celtic Rugby DAC and will be remain under constant review. Resumption of the 2019/20 season will now become a matter of constant review. This is an unprecedented action for the tournament and as such no end date to the suspension can be provided at this time.”

In these uncertain times what is increasingly apparent is any resumption of professional rugby tournaments will be significantly truncated; the worst case scenario is the season has already ended.

The All-Ireland League is also suspended along with the schools cup competitions, including the traditional St Patrick’s Day Leinster senior final at the RDS, which was a welcome break from the norm until the all-Kildare decider between Clongowes Wood and Newbridge Colleges was shelved.

It remains unknown if and when this match and others are to be rescheduled.

Unfortunately, it is close to logistically impossible to play schools, European or Pro 14 fixtures during the summer months or thereafter. For the time being, the four professional squads on the island - Leinster, Ulster, Munster and Connacht - will train as normally as possible.

Leinster, for example, continue to gather and work out of their headquarters in UCD; university classes are suspended but the campus remains open. If that scenario changes, Leinster can decamp to Donnybrook where they own a recently upgraded facility beside the Old Wesley club house.

“I’m wondering am I going to be only crazy person to fly from Dublin straight into a red zone,” Ian Keatley told The Irish Independent, after the former Munster outhalf planned his return to Italy. “But then again, I have to think of the bigger picture. Benetton pay my wages. If I get in and get quarantined, I will have to do that.”

The Under-20s World Cup is due to take place across three cities - Verona, Calvisano and Viadana - in Northern Italy from June 28th to July 18th.

“I’m not afraid of getting coronavirus because I know I am fit and healthy,” Keatley added, “but it is concerning, so I already sent my family back home.”

Currently, there are no reports of Irish rugby players showing symptoms of the coronavirus. If that comes to pass, talk of when sport can resume will shift rapidly to hope that the infected recover.

Argentina rugby great Hugo Porta continues to give back to his beloved game 07:00
George Kruis leaves the door open as he prepares to depart Saracens 06:35
TV View: Not every day a Tesco delivery disrupts a Bundesliga broadcast 06:30
Ken Early: Liverpool fans, Bamber Gascoigne and a close shave in Istanbul 06:00
As news gets better, can the pull of The Field be resisted? 06:00
Here is your handy guide to sport on television this week