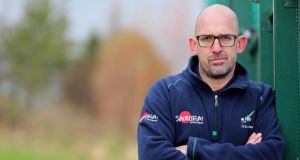 Ireland’s senior coach Andrew Meredith will be casting an eye over boys’ u16 and 18 inter-provincials this weekend.

Until it was discontinued for a number of years, the Irish U21 team had a strong tradition of doing well at European level. Their best result was back in 1978 when none of the current crop of under 18s were even born. But under coach Ray Cantan Ireland showed that success is possible.

The team beat Belgium and Russia and drew with the powerful West Germans to make it to the European final in College Park before falling 6-2 to the Dutch team. The side then took part in the Junior World Cup the following year in France.

To that end Irish senior coach Andrew Meredith will travel to Ulster to cast his eye over the matches.

He is currently looking at the Champions Challenge in Kuatan, Malaysia in April for the senior team, while the U21 side is less than nine months away from the European Championships which will be staged in Portugal.

Prior to those dates both the senior and under-age national sides will have preparatory matches which have yet to be arranged although the senior team will undertake warm weather training in January.

Both the U16 and U18 teams tip off on Friday and again familiar names pop up. In Leinster, Madeley and De Boe Agnew the sons of senior Irish internationals and Couse, whose father Clive was a top umpire and mother Fiona Marshall, one of Ireland’s best international players of the 1980s, are in the squad.

The tournament runs until Sunday.