Law changes may have broad implications

Coaches, parents and professional could be affected by alterations to competition rulings 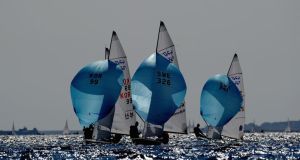 Different systems are used over varied competitions in regards to use of professional sailors.

Known as “Rule 69”, it has been typically used for gross breaches of sportsmanship and blatant cheating but also for warnings over behaviour afloat such as foul and abusive language.

Once a Rule 69 complaint is initiated, sanctions can range from disqualification to outright bans on competition.

Anti-doping measures fall at the most serious range of the scale but the rule is only currently applicable to competitors.

However, reports of unacceptable behaviour by non-competitors have almost legendary status.

Coaches may occasionally come under scrutiny though such incidents are more often self-policed.

Whether or not the measure is passed will be subject to extensive debate and lobbying that takes place over several weeks at the conference in Palma.

Meanwhile, another proposal has caused widespread international comment and adverse reaction amongst the grassroots of the sport.

The proposal from the ISAF executive committee, headed by President Carlo Croce of Italy, concerns the international eligibility code that is used to differentiate between amateur and professional sailors.

“We can only believe that it’s serious because it’s been submitted by the executive that traditionally votes with the president,” commented John Crebbin, Ireland’s representative on the ISAF council. “As submissions go, it’s extremely bald as there’s no supporting argument so it’s a difficult one.”

Indications to date suggest a considerable degree of disquiet about it and there will will definitely be a number of countries set to vote it down according to Crebbin.

While there have been some suggestions of cheating within the system, it is largely accepted as working if imperfect.