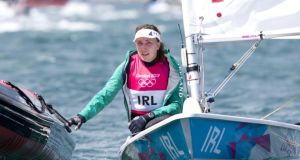 Next weekend’s annual Lambay Races at Howth Yacht Club mark a change of tempo in the Irish sailing calendar ahead of a busy three months. The series of regattas that stretch from Fenit to Kinsale and back to the East Coast all follow a similar format of three or four full days of racing across all the main handicap cruiser classes.

Between the ICRA national championships in Kerry, the Sovereigns Cup in Kinsale and the Volvo Dún Laoghaire Regatta, 10 days of combined racing at these events make for a busy first half of the season for the keelboat fraternity, the largest single participant grouping within the sport in Ireland.

Nor is the season ahead the sole preserve of the big boat fleet. World championships for the Mirror class at Lough Derg, the International Disabled Sailors in Kinsale and the J24 one-designs in Howth are all highlights as well.

The fixtures lead nicely up to the spotlight moment for Annalise Murphy – who this week is reflecting on her second gold medal of the month on the European Olympic classes circuit – when the Dún Laoghaire sailor will aim for victory in the Laser Radial European Championships on home waters in September.

No shows
Between the racing and The Gathering Cruise, there’s something for everyone it seems. And yet, many potential participants and entries fail to show. More noticeable in the cruiser classes, a host of explanations from lack of crew to recession-linked issues are cited.

A suspicion lingers that some skippers and crews simply aren’t up to the task of delivering their boat from A to B when an overnight passage is involved and their boats lie idle or at best under-used.

It’s a potential problem highlighted by the drop-off in people undertaking yachtmaster and coastal skipper courses, the widely recognised qualification in the otherwise unregulated space that is leisure sailing.

Former airline pilot turned Yachtmaster instructor John Leahy of Oceanmaster estimates the drop in course attendance as high as 80 per cent along the east coast where he operates. Combined with the recession and the impact of the Department of Transport’s Marine Survey Office Passenger Boat Licensing regime (that applies “big ship” standards to otherwise seaworthy small craft suitable for sail training and instruction), he reckons a perfect of storm of lack of training initiatives by leisure sailors along with lack of training facilities is growing.

“The lack of training is a time-bomb,” says Leahy. “In five years time, there’ll be a lot of people on the water that won’t know what they’re doing.

Already, he notices people shy away from going to sea in even moderate to fresh winds and often have difficulty manoeuvring in and out of berths: the solution is not to go out. “People are price sensitive, and a full course (costing up to €1,000) is seen as optional,” he said. “But the sea is still a very challenging environment and it becomes a question of luck.”