Zika virus causing a major stir ahead of Olympics, but Germans says no threat 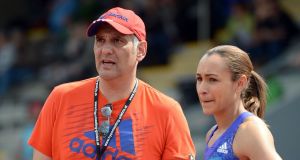 Jessica Ennis-Hill’s coach Toni Minichiello has called for the British Olympic Association to move the preparation camp for the Rio Olympics to a zika-free zone outside Brazil. Photograph: Adam Davy/PA

The spread of the Zika virus in Brazil has led to contrasting reactions from participating Olympic nations - with Germany’s chief Olympic doctor saying that there is not a threat to the 2016 Rio de Janeiro games, while the coach of reining heptathlon champion Jessica Ennis-Hill has said that he would not encourage his client to defend her title.

The German Olympic Sports Confederation’s leading doctor, Bernd Wolfarth, says that the event does need to be monitored but it was up to the athletes themselves whether they attended.

“Apart from the fact athletes decide for themselves and freely whether they will compete or not, one must now follow the development (of the virus) very carefully,” he said.

The mosquito-borne virus, which is widespread in Brazil and has been linked to birth defects, has prompted concern among athletes and sports officials around the world as they prepare for the August 5th-21st Games in Rio de Janeiro.

Kenya caused a stir on Tuesday when the head of its Olympics committee said the team might withdraw from the Rio Games because of Zika, but officials said later it was too soon to decide on the impact of the virus.

The United States Olympic Committee have also told sports federations this week that athletes and staff concerned for their health should consider not going to the Games.

Earlier on Wednesday, Toni Minichiello, the coach of reining heptathlon champion Jessica Ennis-Hill, said Britain should move its preparation camp for the Rio Games outside Brazil and that he would not encourage his client to defend her title.

There is no vaccine or treatment for Zika, so combating the outbreak is focused on eradicating mosquito populations and preventing mosquito bites.