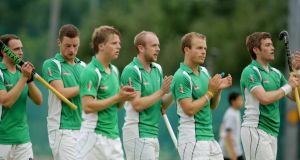 Despite the heated tempers around the country over the proposed Irish Hockey League, there has been some good to come out of the recent debate and findings in the sport. Following a revaluation of the numbers, it has been shown that the amount of people that have participated in hockey was being vastly under stated in the past.

Using a different methodology for counting, one used by other major sports organisations, the figures have more than doubled and gone north of 100,000 for the numbers of school children who have recently participated in the game.

Anecdotally people won’t be surprised by that as many know there are waiting lists to get into hockey clubs.

The 100,000 figure is only for the Republic of Ireland and also indicates that children in non hockey strongholds have participated in the game.

Once adults are included as well as those players affiliated to the Ulster branch, the numbers would possibly exceed 150,000.

For the sport it means that unlike the last couple of years (this year was better) when there was virtually no money for capital projects, there is now the weight of numbers – which, importantly, were gleaned from Irish Sports Council surveys – to apply pressure for a greater chunk of the pie.

An interesting view was expressed by Inez Cooper, the Irish Hockey Association’s Chair of Competitions.

“At times, I think we are like an underground movement,” she said. “We need to create heroes, attract sponsors and bring more money in through sponsorship and the Sports Council to increase the visibility of hockey. Funding currently is really poor compared to other sports.”

How to do that is another question. Winning on an international stage, as the men’s cricket team and women’s rugby team recently showed, takes a sport a long, long way. Rio in two years, getting an Irish hockey team there might just be where it begins.