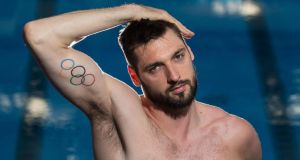 Bryan was locked in the battle for the bronze medal with the race reaching its conclusion but the 24-year-old, who narrowly missed out on qualification for the London 2012 games, faded over the latter part of the demanding event which takes over five hours to complete.

The gold medal went to Axel Reymond (France), with Evgenii Drattcev of Russia just 12.4 seconds in arrears. The bronze went to Edoardo Stichino of Italy who finished some four minutes ahead of Bryan.

On Monday morning there are four Irish swimmers in action as attention turns to the pool, with Dubliner Barry Murphy, Dan Sweeney of Sundays Well’s and Nicholas Quinn, who is based at the University of Edinburgh, all competing in the heats of the men’s 100 metres butterfly to 100m breaststroke.

Tallaght’s Brendan Hyland goes in the men’s 50 metres butterfly at the impressive Europa-Sportpark arena with the pool sitting right in the middle of the venue’s velodrome.

Murphy (28) won bronze in the men’s 50 metres breaststroke at the European Short Course or 25 metres meet in Herinng in Denmark.

“The bronze in the short course in Denmark was a huge boost for my motivation and the programme that I train with,” said Murphy

“The plan is now to get a medal at the Long Course Europeans.

“I was fortunate enough to qualify for the Europeans at the first opportunity so all the focus in training has been to prepare for this meet in Berlin.”

Thus far, however, the International Olympic Council (IOC) have not yet ratified the 50 metres breaststroke, butterfly or backstroke as part of the programme for Rio 2016, although discussions are ongoing.

With that in mind Murphy says he needs to have his full concentration on the 100 breaststroke over the next two years as he prepares for the Brazil Olympics.

“I have to be on my A game from the opening swim. For me the 100 breaststroke is the first event and I have to attack that first morning swim.”

1 Leicester seek to flatten their dismal curve and end season on a high
2 Matt Williams: Six Nations must recognise the desire for revolution outside Europe
3 Monica Seles: The warrior queen who could have been the best ever
4 Red Bull poised to protest over Mercedes’ new steering system
5 Sport crosses its fingers yet again as ministerial merry-go-round gets another spin
Real news has value SUBSCRIBE

Michael Walker: Ian Baraclough staying on trend, from Sligo to Windsor Park 06:00
Matt Williams: Six Nations must recognise the desire for revolution outside Europe 06:00
Sport crosses its fingers yet again as ministerial merry-go-round gets another spin 06:00
Aidan O’Brien targets historic eighth Epsom Derby win with strong hand 06:00
Leicester seek to flatten their dismal curve and end season on a high 22:30
Here is your handy guide to sport on television this week