If clubs really are all about the parish, then name them after the parish, not some paramilitary like Kevin Lynch 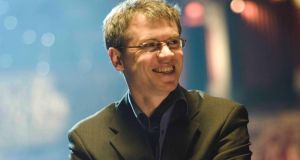 Joe Brolly: said naming of a GAA club in the North Of Ireland is no one else’s business and invited everyone to “like it or lump it”.

Kevin Lynch was a member of the Irish National Liberation Army. That means he pondered the political landscape of the North of Ireland in the 1970s and concluded his beliefs were worth killing people for. Given the sectarian history of Irish republicanism, such a conclusion mostly boils down to killing Protestants. Lynch figured killing someone was an acceptable price to pay to get what he wanted. By any reasonable definition of the word, that made him a fanatic.

Although Lynch was never convicted of killing anyone, the organisation he was a member of killed over 120 people during the Troubles. He himself was convicted of knee-capping and stealing guns. When in prison he went on hunger strike and starved himself to death in 1981.

Afterwards, the Dungiven GAA club in Derry, of which he was a member, renamed their hurling team after Lynch, a move that more than 30 years later has hit the headlines again through no less a figure than Joe Brolly.

RTÉ’s high-profile pundit reacted to criticism from unionist politicians by saying the naming of a GAA club in the North is no one else’s business and invited everyone to “like it or lump it”. This statement is so arrogant it is tempting to dismiss it as the boorish ranting of a moron oblivious to the political realities on this island, and in particular the suppurating tribal sore of politics in the North.

Political gesture
Except Brolly isn’t a moron. He is many things, but he is not a moron. In a society where walking down a street can be a political gesture, he must know how a GAA club’s continued and determined association to someone like Lynch must appear to the other side. So the fact he states he is proud of the association means he doesn’t care how it looks. So everyone can indeed lump it.

That nationalist outrage would reach stratospheric levels of indignation in the face of a similarly blatant association between a sporting club and a unionist fanatic is so self-evident it hardly needs to be outlined. But such fundamental self-awareness appears to escape Brolly. Yet he must know, better than most, how, in such a fractured society, every gesture is parsed and interpreted to within an inch of its life. That Brolly still doesn’t care how the naming of his GAA club is interpreted by the other side is his individual privilege. But surely the GAA should care.

Brolly’s comments came on the back of a landmark address by the DUP leader Peter Robinson to a GAA conference where he praised the work of Ireland’s premier sporting organisation in terms of integration. This is not an insignificant gesture. To many unionists at the height of the Troubles, the GAA was hardly an impartial bystander when it came to support for republican paramilitaries, either tacitly or otherwise.

In those terms, Robinson’s remarks are loaded with political significance. Brolly pretends there is no significance in naming a club after a gunman, either his own club or those named after other gunmen. Is the GAA pretending the same?

So far there has been a deafening silence from the GAA’s brass on the matter despite Eamonn Gilmore’s slick-handed passing-of-the-buck over to them. Maybe they’re waiting for this “sideshow” as Brolly characterised it to blow over. If so, it isn’t good enough. Neither is ponying up PR-coated waffle about inclusiveness while washing their hands of any responsibility in the matter of how provocatively its clubs might be titled.

Killing for
This is an organisation with clubs named after Pádraig Pearse, Liam Mellows, Jeremiah O’Donovan Rossa, Austin Stack and Kevin Barry among others. They too were men who decided their political beliefs were worth killing for. There are those who will argue that naming a club after Kevin Lynch simply follows a GAA tradition of commemorating supposed martyred dead in the fight for Irish freedom. And they have a point.

Certainly the comfortable old consolation about War of Independence fanatics having had an electoral mandate doesn’t feel nearly as snug now that the whiff of cordite from more modern fanatics appears to be becoming more socially and politically tolerable.

But it isn’t good enough for the most important sports organisation on this island to sit on its hands when it comes to such a sensitive subject. Whatever about individuals indulging in the blinkered politics of the past, the GAA is way too big and too important an organisation for it not to play a proactive role in easing tensions.

An argument can be made that naming clubs after gunmen a century ago was a natural reflection of a broader nationalist agenda. There was also the reality in the South that there were precious few to be offended by such titles, and of those few, most were too cowed to pipe up anyway. But it’s a very different story in the North today.

And it’s different in the South too. The GAA has played a major social role in the development of this state. Just as the country has grown up, so has the association; it doesn’t need to buttress fragile self-confidence by indulging in nostalgia for what is a mostly squalid history of sectarian hatred.

If clubs really are all about the parish, then name them after the parish, not some fanatic. Being Irish involves a lot more than some uber-Gael, Provo-lite, pub-patriot wet-dream. It always has. Joe Brolly might choose not to get that. But the GAA should.