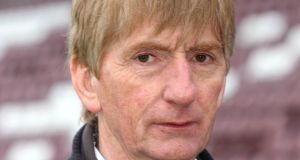 Pat Kearney: “The land in Athenry will be gone and we will base all of our activities in Loughgeorge,” said the Galway chairman. Photograph: Lorraine O’Sullivan/Inpho

GAA officials in Galway are confident that they will be able to deal in the long-term with an estimated €2 million loss on an abandoned plan to build a training centre near Athenry.

Galway county committee has decided to cut their losses by selling the land to concentrate their efforts on accommodating all of their teams at their facility in Loughgeorge near Claregalway.

That facility was predominantly used by county football teams and, at the height of the Celtic Tiger, Galway hurling board purchased over 100 acres of land near Athenry, hoping to develop a state-of-the-art training complex worth about €8 million.

Galway hurling board paid €2.8m for 102 acres and paid €535,000 towards the project by 2011, the majority of which was on bank interest, before the matter was taken over when the new county committee was established a few years ago.

They worked out a deal with Croke Park officials which has seen the GAA take over the loan. In the past five years Galway county committee has paid €50,000 annually on the capital cost but with the balance now due, a new plan is being formed.

This will involve selling the lands at Mountain South near Athenry and arranging a long-term loan with Croke Park to pay back the balance of the money.

The lands at Athenry are now valued at between €800,000 and €1m and it is expected that the eventual loss to Galway GAA will be somewhere in the region of €2-€2.5m.

But Galway chairman Pat Kearney said that they believe they can work out a long-term solution.

He said that the land was purchased in good faith at the time but that circumstances had changed and few could have foreseen these.

“We will be expecting to get over €1million for it. Then we will restructure that as short-term debt, whatever the shortfall is.

“We are not selling it off our own bat. We are working and selling in conjunction with Croke Park. We will hopefully work out a deal with Croke Park and spread it over a long-term and hopefully get a successful outcome. It will be regarded as long-term borrowing then.

“The land in Athenry will be gone and we will base all of our activities in Loughgeorge,” he said.

On the field the county enjoyed its most successful season ever, winning the All-Ireland senior and minor titles, the Leinster SHC and national league in hurling, while in football they collected the NFL Division Two title along with the Connacht minor and under-21 titles. Yet the county still managed to reduce the cost of running their inter-county teams in 2017.

A reduction of €66,454 was made by Galway this year with the total cost of running the county game coming in at €1,295,639 and chairman Kearney is confident that prudent financial management will resolve any issues.

“There will always be things to be dealt with. The training centre in Mountain South is one of those but we will work out a plan and go from there,” he added.

1 Owen Doyle: Creeping professionalism of schools rugby a threat to the game
2 Rugby under threat; Niall Quinn steps into FAI breach
3 Caroline Wozniacki’s career ends with defeat to Ons Jabeur
4 Niall Quinn happy to step into the breach at FAI
5 GAA officials and referees brace themselves as new rules kick in, and this time it's for real
Real news has value SUBSCRIBE