Club and county need to learn to get along 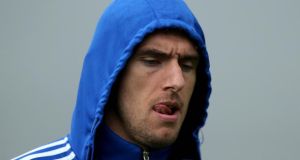 Colm Begley of Laois, who was dropped from the match day squad when his side played Wicklow at the weekend. Photograph: Donall Farmer/Inpho

The Colm Begley row that broke over the last week has demonstrated the major fault line running through the GAA at the moment - the increasingly fraught relationship between the club game and the inter-county game.

He is employed by the Parnells club in Dublin as a games development officer. He also plays football for their senior side, and is a Laois inter-county player.

Now take the fixture list which put a Parnells championship game and the Laois opener in the Leinster championship within five days of each other, try arranging the three roles mentioned above in order of importance to Colm Begley and come up with an answer that was satisfactory to the man himself - let alone something satisfactory for Parnells, Laois or Tomás Ó Flatharta.

In one respect it was good to hear Ó Flatharta talk after Laois’s preliminary round win over Wicklow about how Begley was still a major part of his plans, and would be back in training on Tuesday.

But if Begley was able to put aside his disappointment at sitting in his civvies on the bench in Aughrim, and if Ó Flatharta was so eager to bury the hatchet, then what was the point in leaving him off in the first place? What was the big problem with him playing for his club in a knockout tie, in a championship with no backdoor, in a game that would shape their entire season?

It’s blatantly not a question of fitness - two games in five days, one of which is a club game from wing back, equates pretty much exactly with what we’re asking of the Tyrone and Down players at the moment. It seems obvious that Begley had been asked not to play, and he refused to do that. So it became a disciplinary issue.

In that context Ó Flatharta’s stance is understandable, but the decision is a direct result of the culture that is now rampant in the GAA. It’s almost as if we can’t allow club players to see that it is achievable, that you can play inter-county and club championships concurrently, without the sky falling in and your dog and your cat starting co-habitation. The fact is that inter-county players are increasingly being warned off playing for their clubs, and as club members and club players we’re all responsible for allowing that to happen.

When I first started playing for my home club Milltown, the league in Galway was used to decide relegation from senior to intermediate. As a result the league was relevant, and viciously contested - until an edict came from Croke Park stating that relegation in all counties must be decided by the championship… reducing the amount of really worthwhile games club players were going to play from 10, to as little as two, and the number of worthwhile competitions you were playing in from two, to one. It was done because getting players released for club league games was starting to reveal fault lines in what county boards could and could not convince their managers to agree to.

Oisin McConville is in charge of Crossmaglen Rangers, and after we had discussed the Begley issue on Monday’s Second Captains @The Irish Times show he told me of a league game they had played recently, for which the Armagh players in his squad had been released to play. In the end he decided to rest all bar one of them, but introduced Jamie Clarke with 10 minutes to go and the win already in the bag.

When he went to shake the hand of his opposite number at the final whistle he exchanged the usual platitudes, only to be met with a comment along the lines of: “Well, you had to bring on your county players to beat us.”

It was as if he had betrayed the spirit of the game by playing his own players! McConville may have felt like reminding him that playing the most talented members of your team is not the GAA equivalent of Monty Burns' nuclear power plant softball team, but he decided to keep his counsel.

Nevertheless, being a club manager now is a pretty thankless job. Your team and your game plan should by rights be based around your best players - but the problem is you rarely see these players. This is probably why it seems that every time I watch a club game, I see an inter-county midfielder playing at wing forward or wing back. It’s because their club manager literally doesn’t know what to do with this interloper who has upset the rhythm of the team he’s been managing for the previous six months.

Given the choice now I think club players and managers would rather play their club games, with a big welcome sign (and the number 12 jersey) waiting for those interlopers for the two hours it takes for them to play a game, rather than hang around all summer waiting for the county team to be knocked out and then get their players back for good. At present they’re not getting any football, and not seeing their players either - one of those two would be a decent start at least.