Today, 70 is the new 50 and for the millennial generation who haven’t developed a proper savings habit, this could signal trouble for their future in retirement 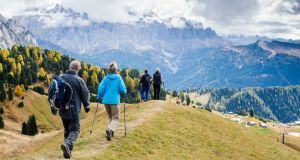 The millennial generation are slow to start a pension. Why is that and what can be done to engage better with this demographic? Photograph: Shutterstock.

Millennials are a generation of sharers. They have high expectations when it comes to what they want from life, relationships and brands. They also have a clear idea of how they want to consume goods and services and the type of purchasing experience they expect.

These digital natives demand a personalised experience when interacting with brands. They expect all transactions to be seamless and efficient at every touch point. Therefore, businesses need to adapt and prepare to meet these needs and ensure that they provide the consumer with a personal and frictionless service.

Given that the economic world is changing, the millennial generation will have to adapt their outlook in line with changes across the economic landscape. However, pension providers also have to alter their offering to capture and engage with younger generations.

The world is constantly changing. Economics and how we do business is innovating and adapting to change all the time. Given the pace of changes taking place in all aspects of life, it’s hard to imagine what things will be like in 30 or 40 years. This far away future can seem like a kind of Neverland, and to Millennials – those born from 1981 onwards – this is especially the case.

According to economist Dan O'Brien, today, and in the future, the millennial generation are going to have to adapt their outlook in line with changes across the economic landscape.

"That is a factor that the Millennials, like it or not, are going to have to accept", O'Brien says "and unless they have saved and put an awful lot of it into pensions, the likelihood is that people are going to be working for a lot longer."

O'Brien points out that while it is a positive development that people are living longer, healthier lives, we need to consider the impact on the cost of supporting the retired population, and whether or not the State pension will sustain those in retirement for a longer period of time.

"The pension strain on the public system is going to be more stretched just because the population is older. But there are other factors at play too. People change jobs more frequently and there are fewer defined benefit pensions on offer. This can lead to a decrease in the number of people starting a pension because they might feel that investing in a defined contribution pension is not as predictable an investment as a defined benefit pension," O'Brien warns.

With regard to investing in the future, the millennial generation are slow to start a pension. Why is that and what can be done to engage better with this demographic?

Ken Hughes, is a Shopper and Consumer Behaviouralist, and he believes that low engagement is due to relevancy. "The pension product might not be relevant to the Millennial right now. The main problem is the long-term projection. The Millennial isn't interested in money that will be there for them in 40 years, they want access to it now."

In addition to consumer behaviour, there are other cultural shifts at play too. Millennials are unlikely to stay in the one job for very long. Hughes explains: "My father stayed in one job his whole career, I will have a few jobs throughout my career, but our children will probably have many careers throughout their working lives."

He believes that because of this their income levels will change a number of times throughout their working lives and so the idea of putting a certain amount into a pension plan might not work for them. "They don't have this linear thinking so the model the products are based around needs to change," he says.

Hughes also argues that the way pension products are sold needs to be ratified. "If we are selling an anti-aging cream we would tell the consumer how they will look after using it. The same principle applies to selling pension products. Consumers need to be shown the life they could have if they have a pension. We need to have a bigger carrot and show them here's the life you could have if you save a certain amount."

In conjunction to an aging population that is working longer throughout their lifetime, developed world economies are also saving less. "In recent decades the structure is changing," O'Brien says. "We have lower growth rate, people living longer and fewer people dying. People tend to save more in the prime period of their lives and run down the savings as they get older. Now that the demographics have changed, we have a lot more people of an older age who aren't saving as much. Equally, there is a decline in savings and in the habit of saving in the developed world in general."

Putting changes in the global economy into an Irish context, O'Brien says that Ireland will fare better than our European counterparts due to our higher birth rates. However, it's not all good news as Ireland's current and future economic performance depends on the country's growth prospects.

Economies and how we do business is constantly innovating and adapting to change, and pension providers need to do the same.

Millennials are a generation that have been raised on everything being instant and centred around them. According to Hughes, in order to meet their demands, brands need to look closely at the customer journey. Applying a personalisation strategy to pensions is a step in the right direction. We are all aware of the pension gap and the need to save for retirement, yet somehow this message is getting lost. Adapting a new approach is required if pension providers are to engage and captivate Millennials.

Starting a pension today is one of the smartest decisions you can make but understanding how they work can be complicated. This video should help answer some of your questions on how pensions work.

When choosing a pension, having all the information you need is key. Zurich has a number of tools and tips to help you plan your retirement. The pension and retirement calculator can help you with your retirement planning and will show you how much you need to be financially secure in retirement. Alternatively, you can find a local financial advisor near you with the Zurich Life Advisor Finder or our Financial Planning Team can provide you with more information about Zurich Life's pension plans and options. For more information visit www.zurichlife.ie.