In the first of a series on fertility in Ireland, Maia Dunphy asks, why do we leave everything so late? 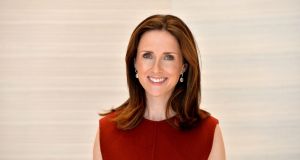 Maia Dunphy: Having children is an enormous priority to many of my generation, yet fertility still seems to be a subject we don’t talk openly or often about

I’ve never believed that youth is wasted on the young. If we were handed it back at a later stage, we’d be too cautious with it, too responsible. We wouldn’t take as many risks or find the right path by taking countless wrong ones.

When we look back on our youth, I don’t think it’s the dewy skin and shiny hair we miss (well, maybe slightly), it’s the potential. The older we get, the more the opportunity to change things or do something dramatic diminishes.

Of course, we shouldn’t let that stop us taking chances or jumping in at the deep end, but there’s no doubt having youth on your side hands you umpteen more free passes to waste time or make the wrong decisions. In an ideal world, we’d be able to combine the vigour and enthusiasm of youth with the benefit of wisdom, hindsight and financial security.

But we know that will never happen, and that way madness lies.

Listen to an excerpt here:

I did once hear a woman say that she thought fertility was wasted on the young and there could be an ounce of truth in that. If my generation was told once, we were told a thousand times that we should be having babies in our 20s. But for the most part, we were too busy. We had other things to do, educations to finish, at least one other continent to see and the wrong relationships to extricate ourselves from.

The majority of us prioritised other things and when we had those ticked off, saving for homes, paying off debts and building careers moved up the list to replace them.

I finally decided to bump “have baby” to the top of my agenda last year at the age of 39, and was lucky to get pregnant quickly and sail through a relatively uneventful 40 weeks. People told me how fortunate I was, reminded me (too often for my liking), that I was a “geriatric mother” and asked me if I wished I’d started sooner. I didn’t. Gods make their own importance and all that, and in any case, regret is the most futile of emotional conditions.

Once I joined the parent club, friends and strangers alike shared their own stories with me. I hadn’t realised how many of my friends had had difficulty conceiving. The colleague who had been distant and snappy and avoiding our nights out for the last year? She had regularly been sneaking into the toilets to administer her thrice-daily injections as part of her fourth round of IVF treatment which nearly tore her marriage apart.

Another friend had never told me both her children were conceived through fertility treatment. Another made a joke about how I always commented how much her son looked like her, not knowing he came to be via a donor egg. Another friend told me she didn’t want anyone to know in case it didn’t work out and people would forever look at her with pity.

I wish I had known and I felt guilty and selfish for not supporting them through such difficult times. For that’s what I have learned about fertility treatment – it is difficult. Physically, emotionally and financially draining, it is all-consuming and testament to the lengths people will go to become parents when it is the thing they want most in the world.

Priorities are funny things as they are perpetually changing. They can be all-preoccupying and then suddenly one day they are gone, replaced by another. Having children is an enormous priority to many of my generation, yet fertility still seems to be a subject we don’t talk openly or often about.

For some it is a sense of embarrassment, for others a fear of failure; others still don’t think it’s appropriate to discuss it, maybe they aren’t sure how people will react, or they just don’t want to talk about it at all; yet conversely, the news that someone is expecting a baby is still the happiest that can be shared.

Someone asked me recently if I thought we should be discussing fertility sooner – creating awareness while we’re young.

Well here’s a confession; we did. But in a very different way. I couldn’t tell you the number of times friends and I sat around pub tables in our 20s, thanking our lucky stars we weren’t pregnant. Rarely a month passed without someone panicking until their period arrived. Fast forward 15 years and many of us are counting days and peeing on sticks hoping for vastly different outcomes. The cruel irony isn’t lost on us.

And therein lies the crux and cruelty of fertility. Life is relative and all its many phases are likewise. Tell a 21 year-old that they should really consider putting something aside for their retirement and I suspect they’d scoff at you – sure that’s a lifetime away old wan! Tell a 17 year-old smoker they’re shortening their life and they’ll probably flip you the bird. Similarly, tell a 25 year-old planning everything and anything but a family that they may have fertility problems in the future and their eyes may well glaze over.

Until you arrive in it, the future is a foreign country; they do things different there.

Follow the Let’s Talk about Fertility series in asssociation with Vhi Healthcare over the next three weeks on www.irishtimes.com/fertility

Over the coming weeks Vhi will be partnering with The Irish Times to host an online Fertility Hub, with articles and podcasts about planning a family and what to do if you need help.