‘Technology makes the human part of work more important than ever’ 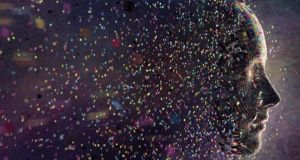 Margaret Heffernan: “No matter how much technology can improve something, we will also need human creativity, collaboration and reflection"

The robots are coming but if you’re an organisation that wants to succeed it’s actually the humans you want. Unfortunately, with so many of us in thrall to technology, it’s not fully appreciated.

For Heffernan, who is also an entrepreneur and CEO, organisations – and in particular their employees – are currently suffering the consequences of some erroneous thinking on the part of leadership.

“No matter how much technology can improve something, we will also need human creativity, collaboration and reflection. The really important thing is that our workplaces must be organised in such as way as to develop people’s ability to work together, to grow and explore.”

Technology does not do away with humans. It does the opposite. “Technology makes the human part of work more important than ever. That is something that is hugely underdeveloped and underrated, and in fact, was so even before technology decided it was the centre of the universe.”

It also leads to what she terms the technology paradox. “That is, we use it to outsource work to digital machines. But when we do that, we also lose the ability to do that work ourselves.”

The consequences and limitations of this are rarely adequately explored. “You might want to outsource boring routine work. But if you think that human communications, human creativity and human imagination can be outsourced to a machine, you are in for a huge surprise.”

For a start, the race to digitise and automate ignores an inconvenient truth: “What really motivates people at work is each other, and their ability to work together and satisfy each other’s needs.”

Treating people with human compassion, dignity and respect is the key to true workplace wellness

Two things happened in the world of work in the last century which have conspired to throw humans under the technology bus. Two “nasty things”, as Heffernan calls them.

“First was ‘economic man’, the belief that all humans were motivated by financial rewards and that if you just tweaked the rewards well enough you could motivate people to do things. Well, that didn’t work. All it did was motivate some people to do the wrong things because, in fact, people seek much more from work than that, including the opportunity to develop themselves, to learn and grow, to have an impact, to be listened to and respected and to feel they belong to a community,” she says.

It is now more important than ever to start talking about the social rewards of work, she says, and in particular, how we can manage organisations so that they don’t put their people under so much pressure.

This leads us to the second nasty element of modern organisational behaviour – scientific management.

“The endless key performance indicators, job descriptions and deliverables are all about managing people as if they were machines. We therefore should not be surprised when people respond to them with anxiety and depression. And the answer is not a yoga room and a few sessions of mindfulness, because that doesn’t speak to the causes.”

Treating people with human compassion, dignity and respect is the key to true workplace wellness. Forget economic man and scientific man. “You can’t manage people with engineering precision. All the goals and targets and KPIs that have run rampant through business and education and the public service have left everybody feeling like a cog in a machine.”

The good news is that it doesn’t have to be this way. Heffernan is the author of award winning business books such as Wilful Blindness, A Bigger Prize, and Beyond Measure: The Big Impact of Small Changes.

Her studies of companies whose success depends on fostering high levels of creativity and innovation are revealing. “What I found is that these companies give enormous freedom, they measure as little as possible and they create huge opportunities for people to learn across the organisation, to keep acquiring skills.”

Most companies struggle to find the people they need. If you can't find them, you'd better help create them. If you don't do that, you may have the cleverest strategy in the world, but you'll never be able to deliver it

To succeed in the future, employers must support their staff to upskill. “Those companies who say that staff should upskill themselves are at the mercy of the market. The company that develops people can continue to acquire the skills they need internally, and don’t have to keep bringing in whole new batches of people into the organisation.”

This is key because what technology will do is ensure is that “organisations will need new skills more often, and at a faster rate, than ever before. It will be a lot more effective for them to get those skills from within. They’ll get greater loyalty and commitment, and greater collective wisdom too,” she says.

A sea change is taking place right in the world of work right now, she believes. “Most companies struggle to find the people they need. If you can’t find them, you’d better help create them. If you don’t do that, you may have the cleverest strategy in the world, but you’ll never be able to deliver it.”

A recent project saw Heffernan interviewing companies that survived the crisis. What she discovered was revealing. “I wasn’t particularly looking for it but every single one of them said that what got them through the crisis was the loyalty of their people, the fact that they had worked together for so long that they weren’t prepared to give up. It’s the exact opposite of the gig economy.”