Reskilling in real time saves on future costs and disruption

Dr Robert Mauro on the future of learning, talent, leadership development and building trust in a post-Brexit world 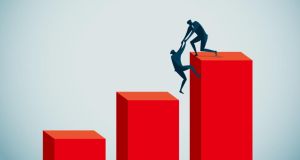 Dr Mauro: “employee demands are also changing in terms of what they expect from the leadership of organisations”

With employment at historic highs and skilled talent increasingly harder to find, one of the most eagerly anticipated sessions at the Talent Summit will cover the future of learning and development and reskilling. Moderated by Dr Robert Mauro, director of the Global Leadership Institute at Boston College, the session will cover the need to reskill rapidly in order to redeploy and retain talent.

“I’m looking forward to this year’s Talent Summit,” says Dr Mauro. “It’s a very interesting and impressive set-up. We will be having the kinds of conversations organisations need to have about the future of learning and talent development. Ireland suffers from the same things as Massachusetts and other fully developed economies with advanced industrial and financial services sectors – talent is hard to find.”

He believes it is imperative for organisations to offer the training and development which gives people the opportunity to make the most of their abilities and allows them to be invested in the organisation’s purpose and goals.

“The thinking really needs to not be about replacing talent as we have done in the past when industrial transformations were all about having workers who were really great at one skillset,” he explains. “In each transformation there were mass lay-offs followed by replacements. Rather than go through that disruption you have to look to all the people who know you and your company and not engage in new talent searches. You have to help existing talent to acquire new skills.”

Frontline people can be the eyes and ears of an organisation

This is particularly important as we move into the fourth industrial revolution, or Industry 4.0 as it has become more generally known. “A lot of sectors are going through digital transformation at the moment. Digital skillsets are going to be highly valued in the future. Rather than putting your company and workforce at risk you should be engaging in training and development for the future rather than replacing talent.”

Mobility will not necessarily solve the problem for global corporations. “The days when companies could easily move from higher wage to lower wage countries are probably coming to an end”, says Mauro. “They will be forced into thinking about working with the employees they already have around them. Training and education, to provide them with digital skills, will be required.”

The nature of leadership is changing, with a move almost from master to servant. “There is a shift happening in many firms,” he points out. “Some of the more progressive ones are shifting from an instructive style to one where the leader becomes the facilitator. Leaders are going through a period of reflection where they are thinking about how they can better serve their teams. They are definitely becoming aware that it is difficult to get things done just by telling people what to do. They set visions and missions, but they often do this collaboratively. They are bringing employees into the decision making process.”

This isn’t about pandering to millennial sensibilities. “It’s about practicality,” Mauro says. “Leaders can’t see everything. Front line people can be the eyes and ears of an organisation. You often find that those employees will see a shift in the market and other developments before leaders do. Employee demands are also changing in terms of what they expect from the leadership of organisations. They want them to serve them differently. The world is becoming more diverse and inclusive and employees are expecting leaders to be open to bold ideas and to engage in those topics and issues. Organisations need to change quickly if they are going to keep pace with what is happening.”

On the question of trust, he acknowledges probable changes in the relationships between the UK, Ireland and the United States after Brexit, but is optimistic. “The Boston College Ireland Business Council [designed to enhance transatlantic business development opportunities between Boston and Ireland] is looking at ways to bring business groups and others together to engage with one another and build trust. We have to look at what we want from the transatlantic relationship. There are discussions about globalisation and the damage it can do but there are also benefits. We have engaged with the Kennedy Summer School [a festival of Irish-American history, culture and politics celebrated annualy in Ireland] the political area and with the Wild Geese Network of Irish Scientists [a non-profit organisation providing a forum for discussion, advancement of ideas, consultancy, publicity and engagement of Irish scientists in policy] to help it discuss Irish achievements within the wider research community as well as with the venture capital community and business start-up advisers. These are ways to build relationships and trust for the future.”