Life on the Reeks: a photographer’s tale of nature and savage beauty

The MacGillicuddy Reeks mountain range contains some of Ireland’s highest peaks. In the first part of this series, with SSE Airtricity, photographer Valerie O’Sullivan captures life in all its forms there

Eileen Cronin, the woman of the Reeks

The language with which a place expresses its beauty isn’t just its scenery. The essence of what makes it special can emanate from its climate, its animals, the way the sea roars or a mountain stands proudly, and, of course, from its people.

Renowned photographer and keen mountaineer Valerie O’Sullivan is from Killarney, County Kerry and she has captured the language and the importance of MacGillycuddy’s Reeks in her book The MacGillycuddy’s Reeks: People And Places of Ireland’s Highest Mountain Range. She photographs not only the exquisite beauty of the spectacular Kerry mountain range but the very heart of its community, traditions and spirit which connects nature to us, and us to nature.

The majestic Reeks stretch for 19 kilometres and are home to Ireland’s tallest peak, Carrauntoohil. O’Sullivan’s images of the Reeks illustrate the deep connection its farmers have to the land, the breathtaking vistas from up above the clouds, the sheep, the fresh sting of the air and the very soul of the Reeks themselves.

O’Sullivan has shared five of her photographs and why they mean something to her. 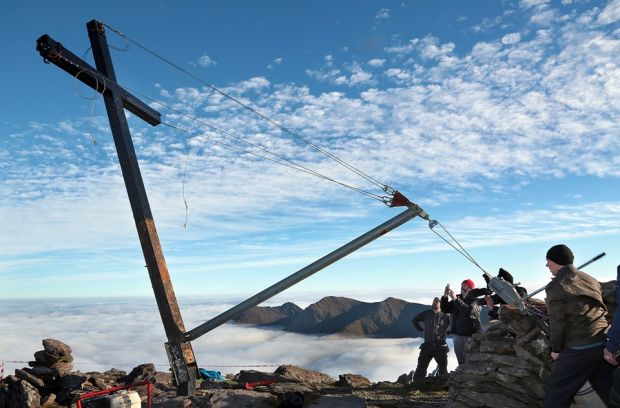 “Incredibly, someone severed the cross at the top of Carrauntoohil. There were people saying that the cross shouldn’t go back up and there were theories about whether it was a religious thing or this or that. It was just shocking. We all said that the cross wasn’t a religious thing, it was more like you’ve reached the summit, it’s the landmark, whether it’s a Buddha or you touch a piece of stone, it just happened to be a cross.

"Mike O’Shea is from the area and he led the reinstatement. His grandad and dad would have both been involved with putting up the previous crosses. People got together and it was a covert operation as we were afraid there would be objections. Michael Leane is a sixth generation sheep farmer. When he saw it going up he was crying. When we got above 700 metres the cloud was below us so we were covered for the day. It was only ourselves and we had the best craic all day long, we never stopped laughing. It was a real community bonding day, everything about it was right.” 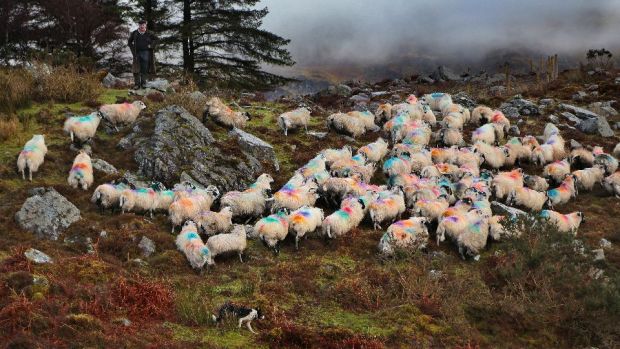 “Donal is an amazing, progressive sheep farmer, he’s a character. You can see that by the colours of his sheep. He has a real gift with the sheep dogs, he’s amazing at what he does and cares a lot for the environment and his sheep. He’s in Cuas, on the Glencar side of the Reeks. It’s really raw but beautiful land for sheep farming. It’s magic what he’s done with it.

"When we went to take this picture the weather was rotten and Donal said ‘No, no, it’ll lift,’ and I said ‘No, we’ll put it off’ and he insisted. As we went up the hill the cloud started lifting so it gave the photo that starkness. He has a way with the sheep, they’re content and well looked after. Everyone is into this mindfulness at the moment but (farmers) were acting mindful before it ever became a buzzword. They could tell the weather, how the sheep were going to be, everything by just being there and they really do love their animals.”

HOWLING RIDGE – WE WAITED 116 DAYS FOR THE PICTURE 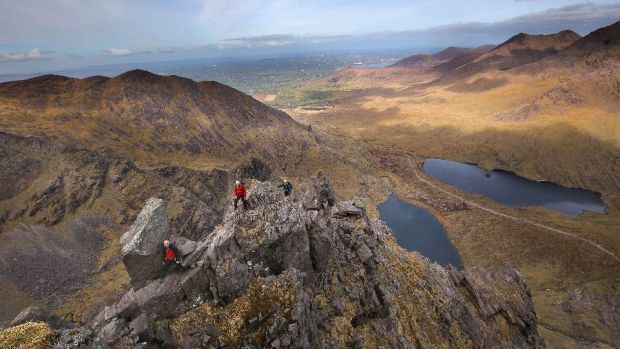 These three guys, Tim Long, Eamonn O’Connor and Dan Casey, are the guys you want to have with you on Howling Ridge. We waited for 116 days for clear weather to get this picture. Howling is an iconic ridge climb, it’s probably the most iconic on the Reeks’ “To-do” list for adventure.

"It was discovered by Con Moriarty and John Cronin and they did it first in the snow in 1985. It is dangerous, you’re roped up, but when you’re with the likes of Tim, Eamonn and Dan or people that are going to mind you, you know what to expect. The view is incredible from there and you’re still way off reaching the summit of Carrauntoohil but it’s a beautiful ridge. I think the Reeks are a magical place. Every time you go there the view is different, we are very lucky to have them around us. 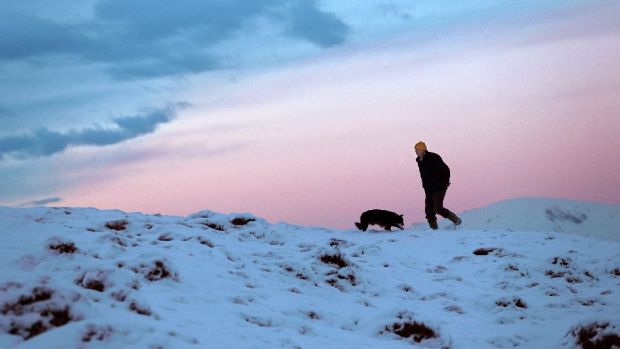 "This photo was the first snowfall and I rang Davey and asked if he was “going up for them (the sheep)”. I was beside Michael (his Dad) and we were roaring laughing as he chased the sheep and they just kept going further away from him. Those men are tough, they don’t feel it at all. The locals (in the Black Valley) are on the extreme of every kind of weather, their survival is just incredible.”

EILEEN CRONIN – THE WOMAN OF THE REEKS 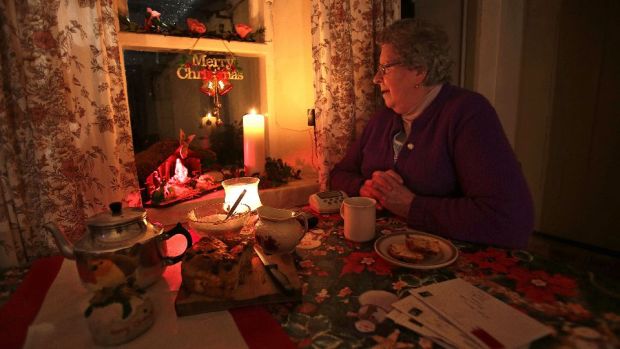 “Eileen was the Reeks, she was the woman of the Reeks, the essence of the Reeks. She embodied everything about kindness and fun. Sadly, she passed away before Christmas. Her house was 200 years in Cronin’s Yard, the starting point of the ascent into the MacGillicuddy’s Reeks for Carrauntoohil. And Eileen’s house was the “go to” house you went to.

"Anytime there was a rescue Eileen’s house was where you went and she fed everyone with tea and brack and kept the fire going. She’d say “there’s no-one calling”, and sure every time you’d call the place was packed. Her son John and his wife Esther run the tea rooms now at Cronin’s Yard. Her passing is the end of an era. She was an absolute lady. She got Christmas cards from all over the world and I remember her actually telling me that one year she sent out over 300 Christmas cards. When you see the sincerity of these people you can’t but have such a respect for them.”

The MacGillycuddy's Reeks: People and Places of Ireland’s Highest Mountain Range by Valerie O'Sullivan is published by Collins Press. Find out more www.collinspress.ie

SSE Airtricity: Together we can power a greener Ireland

Join SSE Airtricity and get 10 per cent off electricity and gas, plus up to €180 credit. See www.sseairtricity.com/ie/home/products/electricity-and-gas/