As cyberthreats evolve how do you adapt protection?

Vulnerability of businesses to cyberattacks is growing, so taking the necessary steps to protect your organisation requires a new approach 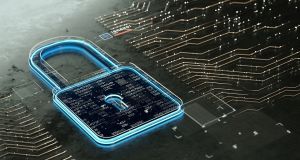 The ongoing threat of cyberattack is something that requires permanent focus. For busy organisations, it makes sense to engage external experts. Photograph: Getty Images