Honey Dijon: Diversity on the dancefloor and behind the decks

For DJ, model and fashionista Honey Dijon, a life of music has given her the chance to help people be themselves and to tackle the absence of women, people of colour and diverse sexualities in the limelight 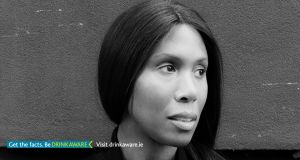 Honey Dijon is fiercely honest, with a personality that lights up rooms. Now known as much for her own music as spinning the decks with other people’s tracks, her work as a model, fashion icon and mentor is forging a strong global trajectory for the Chicago native.

The African American, transgender DJ is in Dublin ahead of her recent Button Factory gig and this month’s headline appearence at Life 18, the festival of electronic music taking place in Belvedere House in Co Westmeath on May 25th-27th.

She is also here to spearhead Smirnoff’s Equalising Music campaign – a global three-year initiative that aims to double the participation of female or female-identifying acts at music festivals by 2020.

Already in its second year, the Equalising Music campaign was borne of the realisation that, in 2016, only 17 per cent of headliners at music festivals around the world were female or female identifying. So, on International Women’s Day last year, Smirnoff launched a campaign to do something about it.

Honey Dijon’s passion for music and for life is infectious. Brought up in southside Chicago she spins tales of a loving and committed family while conjuring a landscape dominated by music. Donna Summer, Marvin Gaye and Michael Jackson shaped the soundtrack of her youth creating a natural movement between disco and soul that still shapes her work today.

She has an emotional attachment to music, she explains, that has fuelled her career but admits to being surprised as to where it has taken her. Growing up a bullied and sometimes isolated child, her parents sent her to an all boys Catholic high school in pursuit of a solid education. What she found alongside it was escapism through music.

While coming to terms with her own identity she spent a lot of time alone in her room, she says, pushing out the negativity with music. British imports like Heaven 17, Eurythmics and Adam and the Ants fused perfectly with her own musical heritage, just in time for her discovery of clubbing and house music.

“I discovered house music without even knowing it,” she explains. It was all around her at school, at gigs and in places like Imports Etc, the Chicago record store that is widely credited with helping birth house music. It was an inclusive time, she explains, with music being built around “a culture for marginalised people”.

Today’s club and festival culture has travelled a distance in its 30 years of evolution since then, she says and she’s critical of what many music festivals have become – events run by “white men as middleclass entertainment”.

The dancefloor should be a place of safety for diverse people, she believes. She misses the “sensuality” and “sexuality” of her early days navigating the dancefloors of Chicago and feels that in many ways the underground is no longer really underground.

In devising her own gigs and music she aims to bring that sense of inclusivity back. “Dancefloors bring together people in a way that governments and politics never can,” she explains. “People of different sexualities and races. The dancefloor is something of an equilibrium of culture for me.”

Her tales of music and parties, clubbing and euphoria are matched only by her reflections on the loneliness of life on the road and the isolation of difference. “I’m really bored of defending my existence,” she says, in reference to always having to disclose her gender identity, even in the most mundane situations.

She feels it’s important to bolster diversity, but not by command. It needs to be a fluid experience and voluntary. “You should never have someone tell you who you should be,” she says. “Difference is important. By leading by example I hope that no matter what gender they are or what sexual orientation or what music they play, people can be whoever they want to be without shame.”

In everything she does she wants to send a message. “There are so few people of colour [in dance music]. How many women, how many black people?” Diversity matters, she says, and acceptance too. She has a distaste for tokenism in all its forms.

Home is a place that is very real for her and she feels its value most clearly when she goes back to Chicago to visit her parents. “I’ll be sitting on a couch with my mother drinking margheritas. I don’t have to be anyone. It’s just really nice to be loved.”

Launched in 2017, Smirnoff Equalising Music is a three-year, global initiative to double female and female-identifying headliners and inspire the next generation of DJs.

Smirnoff aims to escalate gender parity in the music industry by 2020. This year looks to push the Smirnoff Equalising Music campaign even further, to continue to stimulate discussion and elevate female and female-identifying talents into the positions they have rightfully earned.

Here in Ireland, Smirnoff partnered with the Gash Collective last year for Smirnoff Move the Needle, an inspiring mini-documentary and series of beginner DJ and production workshops across the country; and in December, Smirnoff Equalising Music Dublin, a weekend-long professional masterclass for 15 emerging Irish DJs and producers with some of the world’s most exciting electronic music talent.

In February 2018, Honey Dijon along with fellow electronic artists Peggy Gou, The Black Madonna, Artwork and Nastia became mentors for Smirnoff Equalising Music in a bid to encourage the next wave of female talent.

To find out more about the Smirnoff Equalising Music events, you can visit the Smirnoff Facebook page or smirnoffequalisingmusic.com.