Fabulous Pharmacist gets the Relife treatment 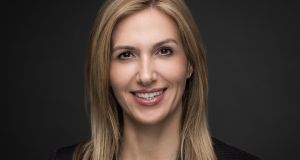 One of the most common queries heard by Dublin pharmacist Laura Dowling, aka social media’s Fabulous Pharmacist, is about skincare. In particular, it’s people looking for help with eczema and dermatitis.

Skincare is a particular interest of Dowling’s, along with women’s health and mental health, all of which she posts about regularly. “Not a day goes by that I don’t see someone about it, with eczema, dermatitis and allergies being the main issues.”

It’s impossible to know for sure but the mum of three reckons at least part of the problem is down to different types of environmental exposures children experience when growing up in urban and rural settings. Because of her interest in skincare, and her focus on clinically based information when it comes to pharmacy products, Dowling has recently begun working with Italian skincare brand Relife, which launched in Ireland in April, as its pharmacist adviser.

Made by the Menarini Group, the first product in the Relife range to be launched here is Relizema, aimed at managing conditions such as eczema, dermatitis and dry or sensitive skin. Ireland is the first country in the world, outside of Italy, to launch Relife as an over-the-counter brand.

According to The Irish Skin Foundation research into the Irish skin-health market, undertaken in 2018, one in three of us here is affected by a skin condition. The full Relizema range consists of six products for both adults and children that take a three-pronged approach it calls “Treat, Protect and Cleanse”.

Its four adult and child products consist of a Relizema cream which helps to treat the symptoms of itching and redness associated with dermatitis, and Relizema ultra hydrating lotion, which helps protect sensitive and dry skin.

Relizema lipid-replenishing cleanser cleans, hydrates and moisturises, while the Relizema hydrating cleansing bath oil is a multi-purpose oil, used as a protective bath oil and moisturiser (it can also be used as a very gentle make-up remover.)

In addition, there are two dedicated Relizema baby products – a spray and a baby-care cream which have zinc and panthenol, formulated to protect delicate and sensitive skin of children. Both help soothe and prevent the reddening and burning sensation in the nappy area.

Her first introduction to the range was when Menarini asked her to trial it, says Dowling, who used it herself and on one of her sons, who suffers from eczema.

One of the benefits it offers for babies with sore bottoms, for example, is that it can be sprayed on. “That makes it so easy because when the rash is bad, even touching it is painful. It’s good for elderly care as well,” she says.

The fact that the Relife range costs from €13 to €22, has modest packaging, and sticks to evidence-based claims, all appealed to the scientist in Dowling.

“This is the first time I’ve been employed to talk about a product but I don’t just talk about Relife when it comes to skincare – I always tell people that if you’ve found something that works for you, keep using it,” she says.

Whatever product you are using to help moisturise your skin, be careful how you apply it, she advises. “If you have eczema you simply can’t moisturise enough but be careful to use long, smooth strokes when you apply a product, don’t rub it in because you can irritate the skin that way.”

The Relizema bath oil is a great option, Dowling says, and infinitely better than coloured or perfumed soaps, which can strip the skin of its barrier. “The bath oil leaves a lovely dewy film on the skin, which the lotion locks in. Again, it’s important not to rub yourself dry with a towel afterwards, but to pat yourself dry instead. It’s all about being gentle to your skin.”