It came as no surprise that there were minimal tax changes announced by Minister for Finance Paschal Donohoe in Budget 2020, says Nicola Quinn, PwC Cork tax partner 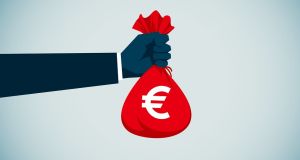 “The challenge for the Minister was how to keep people happy while dealing with Brexit,” says PwC Cork tax partner, Nicola Quinn. Photograph: Getty Images

Faced with a limited amount of money to play with, Paschal Donohoe chose to change little in Ireland’s tax system in Budget 2020, according to Quinn. The Minister announced that this was “a Budget without precedent” and that “these are also times without precedent.” While this is true, the stark reality is that even ignoring the threat of Brexit there is very little fiscal headroom due to continued overspending by Government Departments.

“The challenge for the Minister was how to keep people happy with a general election on the way while dealing with Brexit. While corporation tax receipts are running significantly ahead of profile, the Minister was unable to dip into that extra pool of cash due to the continued uncertainty surrounding Brexit.”

It all comes down to money in the end. “The Minister simply didn’t have enough money available to make any significant tax changes. There is still no progress on fundamental policy issues such as the merging of USC and PRSI, and the money isn’t there right now to reduce headline rates of tax.”

Despite the apparent maintaining of the tax status quo, Quinn identified a number of positives: “The restatement of the commitment to the 12.5 per cent rate of corporation tax and the commitment to continue along the Corporation Tax Roadmap set out previously are very welcome, particularly in light of events at OECD and EU level. It is important for Ireland to continue to provide certainty for businesses on the corporate tax rate and the broader regime.”

“The introduction of the new rules on transfer pricing from January 1st, 2020, was widely consulted on in advance. The new rules will bring Ireland’s regime in line with current OECD guidelines. The application of these rules to SMEs is subject to ministerial order. This means that for now SME companies will not have to apply the new rules, which is good news for that sector.”

“The changes to the Research and Development tax credit for small and micro companies are very welcome,” Quinn continues. “These changes are aimed at enhancing the credit for these companies by increasing the rate of credit to 30 per cent, and by making it available on certain pre-trading expenditure. The Minister also announced an increase in the third level outsourcing limit which is good news for business and for third level institutions.”

Enhancements were announced to the Employee Engagement Programme and the Employment and Investment Incentive. “These are important reliefs for Irish business but have not been as effective as they could be due to the complexity of claiming them and the limits on the reliefs. The enhancements are welcome but may not go far enough to be of real benefit. We await further details in the upcoming Finance Bill,” says Quinn.

The increase in carbon taxes was well flagged and the announcement that the taxes would be ring-fenced for future climate action measures is welcome. Aligning with the Climate Action Plan is also welcome, and also positive for business to have certainty on carbon tax so that they can plan appropriately.

On personal tax rates, the slight tweaks to the credits are welcome but will have minimal impact. “The Minister did indicate as far back as mid-September that there would be no tax cuts, so it is welcome that he made some minor changes to the tax credits,” says Quinn.

“The Minister did also announce extensions to the SARP and FED regimes which are important in the context of attracting foreign direct investment (FDI). We would like to see some enhancements to these reliefs, to make them more internationally competitive, but there are no indications that this will happen at this stage.”

The rate of stamp duty on commercial property has increased from 6 per cent to 7.5 per cent from budget day. The estimates project that an additional €140 million in revenue will be raised from this change. “This is based on a €9 billion commercial property market, which looks very optimistic,” Quinn notes. “It remains to be seen how effective this measure will be in terms of raising additional revenues.”

Given the tight fiscal room for manoeuvre, and the looming prospect of a crash-out Brexit, it has to be accepted that there is little scope for changes on this occasion

However, there were a number of areas where Minister Donohoe made no announcements where there was an opportunity to address long-acknowledged issues. For example, there was very little progress for the self-employed. “They still pay higher taxes than their employees. The increase in the earned income credit for self-employed individuals was welcome, but the failure to equalise it with the employee allowance and to address USC rates have to be seen as missed opportunities.”

The lack of acknowledgement of the contribution made by entrepreneurs was another missed opportunity: “Entrepreneur Relief which offers a reduced rate of Capital Gains Tax on profits from the sale of a business subject to a lifetime limit of €1 million. However, the UK has the same reduced rate of 10 per cent but a significantly higher limit of £10 million. It was disappointing to see that this did not change in this Budget, although the Minister has asked the Department to review it.”

Quinn concluded by saying that there is still opportunity for the Minister to address some of the points considered as missed in the Budget 2020 speech. “We can still hope that some, if not all, of these issues will be dealt with in the Finance Bill. However, given the tight fiscal room for manoeuvre, and the looming prospect of a crash-out Brexit, it has to be accepted that there is little scope for changes on this occasion.”