Searching for tax certainty in an uncertain world 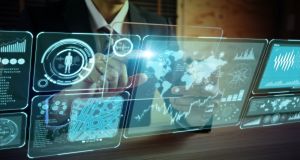 A little over a month ago the Department of Finance published Ireland’s corporation tax roadmap. The roadmap takes stock of the changing international tax environment, outlines the actions Ireland has taken to date and the further actions to be taken over the coming years. The roadmap also outlines the action Ireland is taking as part of international tax reform efforts, including the introduction of new Controlled Foreign Company and anti-hybrid rules.

“The purpose of the roadmap is to try to give some certainty about the changes which are coming,” says PwC tax policy leader, Peter Reilly. “It is an attempt to ensure that there are no surprises. It outlines the changes that are coming and that allows companies to make plans and preparations for them.”

This level of certainty is very important. “When I talk to people internationally they all say one thing, that Ireland has always had certainty around our corporate tax regime and the 12.5 per cent corporate rate. The rate is set in stone and any changes to other areas of tax policy are always well flagged. Some other jurisdictions have had to flip-flop in relation to some items and that makes people nervous. Uncertainty is rife elsewhere. For example, we just need to look at the ambiguity around some of the aspects of US tax reform and the impact that it is having on decision making to prove the importance of a stable and certain regime.”

Unfortunately, however, an element of uncertainty was introduced in Budget 2019. “From a business perspective the budget has become less and less significant thanks to the culture of foresight which has prevailed of late,” he adds. “What was different this year was that the minister announced the introduction of an Anti-Tax Avoidance Directive compliant exit tax effective from midnight on budget day. This was not expected to be introduced until January 1st, 2020.”

An exit tax applies to companies leaving a country and setting up in another. They are deemed to have disposed of all of their assets and then reacquired them and are subject to tax on the notional capital gain. The minister announced that the tax would be levied at a rate of 12.5 per cent. This was welcomed but the timing of its introduction was questioned.

“This was unusual,” says Reilly. “It is very rare for a minister to introduce changes like these to corporate taxes on budget night. It took a lot of people by surprise and introduced unnecessary uncertainty. Some clients are concerned that it has diminished the value of the roadmap somewhat. However, overall, we must remember that the exit message is positive as it gives certainty to the rate of tax on exit and doubles down on the 12.5 per cent brand. Hence, while more notice may have been welcome, the positive message should not be lost.”

Of course, Ireland has been under considerable pressure internationally to make changes to its corporation tax regime. “The rate is perceived to be low despite changes in other jurisdictions and there was also the Apple state aid case which didn’t help,” he notes. “In my opinion, we have become a victim of our own success. The OECD BEPS (Base Erosion and Profit Shifting) process kicked off as being about companies paying their fair share in taxes. In the wake of the global financial crisis, ordinary citizens were outraged to find that while they were paying increased taxes, many very profitable companies appeared to be paying none at all.”

That led to changes in rules to relate tax to substance. “Ireland has always been in favour of that,” Reilly points out. “We are in the FDI market because we want jobs. That means we want the substance here and the right kind of substance for that matter. The BEPS project has therefore been in Ireland’s favour and as a result corporation tax receipts have gone through the roof.”

But that hasn’t helped relieve the pressure on Ireland. “Unfortunately, it was never really about a fair share, it was always about where the tax is paid. Now we are under pressure because we are getting too much tax. Again, we have become a victim of our success.”

Ensuring that our reputation of certainty and stability remains solid is vitally important as he sees some storm clouds on the horizon. “The proposed Digital Services Tax (DST) could have a significant impact on Ireland. If people put a turnover tax on companies it will diminish the advantage of setting up in a small open country with a competitive tax offering, like Ireland. It may make US companies think twice about setting up here or expanding their Irish operations. As far as they are concerned they are playing by the rules and now the EU wants to come along and take their ball away. I would be quite concerned that the DST would be the thin end of the wedge. There is strong talk of a sunset clause, but in my experience taxes never really disappear.”

Indeed, the DST is, in effect, an element of the Common Consolidated Corporate Tax Base (CCCTB) by the back door. After all, a central plank of that policy proposal is to tax companies on their basis of sales in each member state. “The CCCTB idea has been knocking around since the 1970s and it hasn’t gone away. I would be worried about France and Germany coming to agreement on it without the UK at the table to take an opposing position.”

And Brexit is a further cause for concern. “One of the issues around Brexit is competition from a corporation tax perspective. If Britain is outside the EU and not subject to its state aid rules it would have more flexibility from a tax competition perspective.”

The other area which is a cause for some anxiety is the prospect of the introduction of a minimum tax. “The US has effectively brought one in and the EU has been looking at it for some time,” Reilly notes. “If one were introduced in Europe it could erode the advantages of the 12.5 per cent rate. The worry about an international agreement on a minimum tax is that it would allow big countries to decide the tax rates of smaller ones. That would be dangerous.”

The response to these pressures must be the continued offer of a stable and competitive corporation tax regime, Reilly concludes. But it should not be confined to taxation. “It also comes down to what else we offer. Our industrial policy is more than just tax and we have to look at other areas. Some of the companies I spoke to on budget day said they were more interested in the housing measures than in the taxation aspects. They need houses for their employees and this is an area which must continue to be addressed. We also need to address infrastructural deficits, such as broadband, if we are to maintain our international competitiveness.”

When companies are deciding on strategy, their tax situation is a paramount consideration. Whether managing corporation tax or taking account of global reforms, we are ready to help organisations face their challenges with confidence. In a world of constant change, trust the leading voice in tax.