Budget 2019: No surprises but opportunities missed 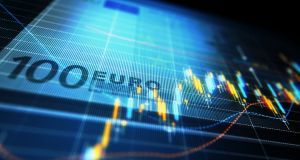 The absence of significant tax cuts from yesterday’s Budget will have come as no surprise but the Minister could have gone further in some key areas, says PwC People and Organisation partner Keith Connaughton.

“It was widely flagged that the room to manoeuvre available to Minister Donohoe was quite tight,” Connaughton notes. “Of the €3.4 billion the Minister had to work with, €2.6 billion had already been allocated, leaving just €800 million to spend. The Government had already undertaken to split two-thirds on public spending and one-third on tax measures. While certain revenue-generating measures were announced on the day, such as changes to the VAT rate on hospitality, that still left a relatively small amount for tax-cutting measures, so we shouldn’t be surprised that the changes announced were relatively modest.”

He also points out that this was consistent with statements made by the Taoiseach and the Minister. “They both made it clear that the focus remains on delivering a budget surplus in 2020. That’s what we’ve seen come through in Budget 2019.”

While Connaughton welcomes the adjustments to the income tax and USC rates and bands, he explains that these may have limited impact. “Rather than delivering meaningful tax changes, in reality they primarily keep us in line with inflation and keep low and middle income earners out of the higher tax net,” he says. “People won’t be significantly better off in real terms.  It’s somewhat of an illusion.”

He is pleased, however, that there were no personal tax increases, as had been mooted in some quarters. “With Brexit on the horizon, it is very welcome that there were no personal tax hikes,” he says. “We need to remain attractive internationally and the competitiveness of Ireland's personal tax rates are still a concern, particularly in the context of attracting key talent to Ireland in the post-Brexit landscape. As it stands, our marginal tax rate and the point at which people commence paying this is relatively high when compared to other European locations such as the Netherlands, Germany and Luxembourg. This is important as we have already seen a number of financial institutions move operations from London. The new location is often a choice between Dublin, Amsterdam, Frankfurt and Luxembourg.”

VIDEO: Watch our analysis of Ireland’s Budget 2019 as our experts review the measures and what they mean for business and the Irish economy.

SARP
On this point, Connaughton believes that if we are serious about increasing the level of investment here and competing with other European locations, it would have been welcome to see some movement in relation to the Special Assignee Relief Programme (SARP), which applies to certain individuals who come from overseas to work in Ireland. “It was a bit disappointing that they didn’t look at SARP. The scheme continues to provide some leverage in attracting people to these shores and it's an opportunity missed that the Government hasn't looked at widening it.”

“One of the problems with SARP is that to qualify you have to relocate with your existing employer,” Connaughton adds. “This rules out direct international hires. It is a question of fairness and effectiveness and needs to be addressed. The Netherlands, for example, operates a similar scheme but without a restriction on such individuals.”

Other than the KEEP scheme, rules around share-based remuneration schemes also remained untouched. “We would have liked to see a revision of how share-based remuneration is treated, particularly in the context of internationally mobile employees who have relocated to Ireland, as some of our rules are significantly out of sync with other jurisdictions and can cause unwanted double tax implications. This can act as a disincentive to key talent considering relocating to Ireland. The Department of Finance requested submissions on this area by July 2016 as part of a consultation process but we still await recommendations from this.”

Housing
While not directly related to taxation, Connaughton points to the lack of availability of housing and rental properties as another significant roadblock to attracting talent and competing against other European jurisdictions.  “While some positive measures were introduced in the Budget, such as an increase in the allowable deduction for mortgage interest relief, it remains to be seen how much of a difference these will make and the strong sense is that more needs to be done. This remains an important issue for Foreign Direct Investment into Ireland.”

Another area where progress seems to have stalled is the proposed merger of PRSI and USC, which remains Government policy. “We have yet to see any significant movement on this. The proposed merger is not as simple as it might appear. The two taxes are not fundamentally compatible and significant adjustments will have to be made if they are to be combined. We had expected to see a report in advance of this year’s Budget by the Working Group established to examine the merger. The absence of anything in this regard may begin to make employers nervous. It certainly won’t help our attractiveness for FDI if companies don’t know how fundamental aspects of the tax system are going to work in a few years’ time.”

On a more positive note, he welcomes recent consultations on the pension auto-enrolment system, which should give employers increasing clarity on how the scheme will operate when it commences in 2022.  “As the details become clearer, employers need to take steps to assess what impact the new auto-enrolment system will have, if any, on their existing arrangements,” he says.

“The increase in the Earned Income Credit and indications of an extension of the Jobseeker’s Benefit to the self-employed were very welcome.  However, the continued existence of the 3 per cent surcharge for self-employed persons remains an anomaly and continues to raise fundamental issues of fairness between the treatment of employees and the self-employed.”

On balance, he believes the Budget was positive overall given the context of the fiscal constraints facing the Minister but the lack of progress on a number of key areas is a cause for concern.

In business, your people are your greatest asset. With a multitude of HR challenges including Brexit and Real Time Reporting on your agenda, our People and organisation team can help you manage and solve all of your organisational and talent issues. In a world of constant change, trust the leading voice in tax.