Diversity, inclusion, and flexibility in the workplace have helped Jason Sullivan succeed at Pfizer 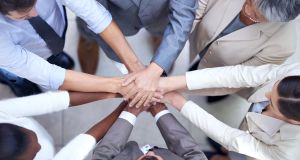 Employees feeling comfortable and open in the workplace is something Sullivan is very passionate about. Photograph: iStock

One of the most important aspects for any employee is that they feel they can be themselves, and that they feel valued, says Jason Sullivan, a trainee chartered accountant in the GFS Dublin Graduate programme in Pfizer. Originally from Co Tipperary, he worked in Co Cork for a few years after studying environmental science in UCC. He moved to Dublin in 2015 and started his first job at Pfizer.

“The culture here is extremely diverse because of the different nationalities onsite. I would say it’s also very friendly. There is extremely strong work-life integration here. Everyone gets treated equally.”

“You don’t feel like you’re just a number. People come here to stay because they enjoy the balance they have in their life,” said Sullivan.

Sullivan says that Pfizer has been absolutely key in his career change to accounting. “I was really interested in geography when I was in school. I always liked to know how things work and I think that’s why I got into accounting - my brain works in that manner.”

He started in Pfizer in Order to Cash and his manager encouraged him to apply for the graduate programme.

“I was in Pfizer six months when my manager at the time, Eilish suggested that I had a flair for accounting and said the graduate programme was a really good opportunity and something I should go for.”

Participants follow a three-and-a-half year structured training programme in association with Chartered Accountants Ireland. Pfizer provide the sponsorship and paid study leave. Sullivan has worked in Strategic Accounts Receivable, Operational Transfer Pricing and Statutory Reporting COE teams on this rotational programme and one of the huge advantages, he said, of working while studying is seeing the theory he is learning in his day job.

Employees feeling comfortable and open in the workplace is something Sullivan is very passionate about. He is a founding member of the GFS Open network (Out Pfizer Employee Network) which is now the largest in Ireland and the second largest in Europe.

“I really got involved in work-life integration in Pfizer from an LGBTQ perspective, being a gay man myself. I had noticed emails from European colleagues and I could see that their signatures on their emails had a Diversity and Inclusion Council of Europe reference.

“I really wanted to get involved to see how we could roll that out here, and across Ireland. So I was the first person to join Pfizer’s global LGBTQ network in the Dublin site.

Sullivan volunteers every week for the Inner City Helping Homeless charity, which Pfizer supports by allowing him flexible hours when he volunteers and onsite during their Christmas hamper appeal.

“On the days that I volunteer I have an agreement with my manager that I can start later because I’m volunteering. They have no problem with it and that flexibility is great because if I didn’t have it there’s no way I would be able to volunteer until 1am and be able to give back to people that really need it.

“You come across people and it’s just so sad but I have to take solace that I’m doing the best that I can do for them.”