Don’t just go with the flow

Up to half of women in Ireland, of all ages, experience leaky bladders yet the issue is rarely talked about. It’s time to break the silence and look for solutions 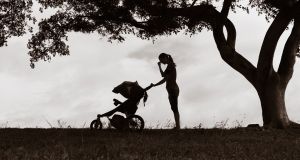 The Irish Times gathered a group of women to discuss the impact incontinence has had on their daily lives and how they’ve dealt with it. Photograph: iStock

But why does this happen? Unfortunately, women are simply physiologically more vulnerable to developing urinary incontinence than men and are also more likely to develop the condition at a younger age.

Pregnancy, childbirth and menopause increase a woman’s short- and long-term risk for developing the condition, but it can happen at any age. An EU policy paper produced last year estimated that one-quarter of young women, half of middle-aged and post-menopausal women, and three-quarters of older women in nursing homes experience involuntary urine loss. Despite this, the paper outlines how many women with urinary incontinence are slow to seek medical care, with many waiting until symptoms worsen before doing so.

Women know to check their breasts for lumps now or to go for regular smear tests, but the same advice isn’t given when it comes to basic bladder function

If it impacts that many of us, then how come urinary incontinence hasn’t exactly been dinner-party conversation? The group of women gathered by The Irish Times say certain female health problems have received lots of attention in recent years, but others remain firmly under the radar.

“Women know to check their breasts for lumps now or to go for regular smear tests, but the same advice isn’t given when it comes to basic bladder function,” says Cathy Soraghan, who is in her 50s.

For example, women may not realise that urinary incontinence is not merely a normal consequence of ageing, but an issue that can occur at any stage of life.

Women can be more preoccupied with how they look and tend to avoid essential body maintenance, says Soraghan. “It’s about how your body functions and having respect for that. If your bladder isn’t working, that’s a basic body function and it should be at the top of your list.”

She says proper education on how the body works should start at a young age.

“It should start at a younger age, with girls and boys being told in school about their anatomies. Girls should understand their pelvic floors.”

Liz Dwyer (41) maintains that women are not given adequate care in the post-partum period. “It doesn’t just end after six weeks. They ask if the baby is alright but not if you are alright. There is no support for women who may have issues with incontinence, you don’t go back to see your gynaecologist for bladder problems. I had the worst pelvic problems after the birth of my second child.”

And when it comes to pelvic floor exercises after giving birth, women are typically handed a sheet of paper with some basic sketches. It’s almost impossible to know if you are doing them correctly, says Bernie Keely (60). “I hadn’t a clue if I was doing the exercises properly.”

Sharon Kenny (45) attended two specialist women’s health physiotherapists (via the public health system) when her bladder issues began to have an impact on her everyday life, and says the help and advice she received was invaluable.

“The two physios that looked after me were amazing. They are trying to get the message out there that there is a service available within the public health system that women can avail of.”

Yet for the busy modern woman, juggling family, career, and everything else in between, her pelvic floor may be near the bottom of her list of priorities.

Businesses often don’t help: the group point out an obvious discrepancy – fewer women’s toilets at festivals, concerts and other events. Soraghan says: “There are never enough. You see the men’s are empty and the women are queuing for ages.”

Dwyer recalls attending a trampoline fitness class sometime after her second child was born. “Within about 30 seconds, it was clear I was going to wet the floor. I had to walk out. The instructor followed me and told me the next time to wear two pairs of knickers – she was so used to seeing this. I had to tell the kids that Mum can’t go on the trampoline.”

“The first thing I did when I had recovered from my operation was to join the kids on the trampoline,” Kenny laughs.

Understandably, sales of incontinence pads are booming as women are not willing to give up their active lifestyles and exercise regimes. A European study found that 60 per cent of women with symptoms of urinary incontinence had activity restrictions, such as physical exercise, while another study found that about a third of women experiencing bladder leakage avoid athletic exercise.

Keely explains how she signed up with a personal trainer as she approached 60 last year, but instead of getting fit she got a wake up call as to how bad her bladder issues were.

“I was doing so well after a couple of months – I’d lost a stone and was touching my toes. Then one day I was using a weights machine and I realised something wasn’t right. I ended up at the doctor and she told me I had a prolapsed womb, which was sitting on top of my bladder. My response was then to stop all exercise,” she says.

Keely says she is now taking back control and beginning to slowly exercise again. “Maybe I will have to have an operation down the line but for now I am focusing on looking after myself.”

Always Discreet wants women to break the silence. Use the hashtag #weeneedtotalk

Limiting or avoiding alcohol and caffeine can help. Maintaining a healthy BMI is one of the best things you can do. While some exercises might make the problems worse, for instance lifting heavy weights, wearing an appropriate pad can help ensure your confidence if you don’t want to give up running or the gym.

Your GP may be able to prescribe certain medications that can help with managing an overactive bladder. These can be hugely effective.

Doing your pelvic floor or Kegel exercises can have a positive impact in strengthening a pelvic floor. Visit a physio with a specialist interest in women’s health if you don’t think you are doing them correctly.

Electrical stimulation devices have high success rates. These can be external or internal and work by passively making the muscles contract and thus strengthening them.

If all else fails, or if you’re a suitable candidate, you might want to consider surgery. A consultant gynaecological or urological surgeon will be able to advise you.

Perception is that bladder leaks are something that only happen to women later in life or as a result of child birth but this isn’t the case, according to research by Always Discreet.

In fact, 52 per cent of 18-34-year olds are experiencing the issue. Half (49 per cent) said they have still not had the courage to talk to their most trusted friends or family with over 50 per cent saying they felt embarrassed after experiencing bladder weakness and 43 per cent said they felt not in control of their body.

Always Discreet enlisted the help of Dr Anita Mitra, Gynaecologist and author or The Gynae Geek; Your No-Nonsense Guide to Down There Healthcare .

“Bladder leaks are common in women of all ages, not just in older generations and those women who have had natural child births. Unfortunately, it’s still a bit of a taboo and so women don’t tend to fully understand it, with many avoiding talking about it. The more we speak openly, the better, so women don’t feel alone and silenced by something that can be managed,” she said.

This is part of an empowering campaign telling stories of real women living with leaks on a daily basis and talking to each other about the issue . Always Discreet hopes that it will encourage women to have the conversation so they feel less alone and, when necessary, to seek help from a medical professional.