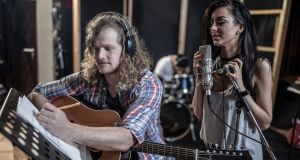 The world is transforming and adopting a digital culture. Nowhere is this truer than in the way we consume music and entertainment. People increasingly listen to music via internet radio or streaming services like Spotify.

This presents a challenge for music rights organisations who must deal with exponentially increasing volumes of extremely low-value pieces of data. For those organisations, adopting a digital culture is not a matter of choice, it’s a question of survival.

This was the situation facing the Canadian Musical Reproduction Rights Agency (CMRRA), a music licensing organisation which represents the vast majority of music publishers and music copyright owners doing business in Canada.

Back in 2011, the CMRRA along with the rest of the music copyright industry faced a severe disruption to its business model. Streaming services such as Spotify and Apple Music were dramatically increasing the number of transactions from tens of thousands to hundreds of millions, while the revenue per transaction has decreased from cents to small fractions of a cent.

In the new digital reality, a file containing hundreds of millions of transactions can generate royalty payments of as little as €100,000 whereas in the analogue era it would have yielded millions of euro.

CMRRA needed a robust and secure solution which would not only help it deal with the vastly increased number of transactions but do it in a cost-effective way so that it could continue to distribute royalties to artists and other rights holders. They turned to Microsoft’s Gold Partner in Ireland, Spanish Point.

Spanish Point had already digitised the process for the Irish Music Rights Organisation (IMRO) so had proven expertise in the area.

It wasn’t just a case of dealing with increased transaction volumes, as Spanish Point CEO Donal Cullen explains. “There is also the problem of matching millions of music streaming transactions with poor metadata against a database of millions of songs,” he says.

“Many copyright organisations have failed to cope with this increase in data volumes, meaning the songs and recordings have not been licensed or correctly identified. The license income that should have been paid to songwriters and music publishers has remained with streaming companies. The streaming services and other entertainment platforms do want to pay the artists, it’s just a question of finding a practical way of doing it.”

The solution developed by Spanish Point saw CMRRA move to the cloud to enable the organisation to successfully cope with these challenges and generate more income for its members. Using Microsoft’s advanced features, Spanish Point provided a more agile and responsive service at a lower cost than a traditional on-premise or hosted provider.

Cullen explains the fundamental nature of the shift which had taken place. “In the past, if a song was played on a radio station it was broadcast to thousands of listeners,” he says. “Now you have people using their smartphone in cars to stream music. Services like Spotify and YouTube are sending data to rights organisations on each individual stream. That has increased the volume of data by three or four orders of magnitude. It is not unusual for files to contain 200 million transactions. The rights organisations now must identify each song from quite poor metadata and find the artists to pay royalties to. There is simply no way they could do that without a cloud solution.”

Moving to the cloud solved the problems of scale, flexibility and financial viability. “Before the cloud, organisations would invest in computing power to meet peak demand,” Cullen notes. “That meant the payroll system had to be able to meet very high demand on one or two days each month while it would be barely used for the rest of the time. In the cloud you pay for what you use as you need it. Also, Microsoft’s cloud autoscales to meet the size of files and that’s directly related to how much we and our customers are going to get paid.”

Microsoft Ireland commercial director Aisling Curtis believes the challenge faced by the music rights industry demonstrates the enormous power of digital culture. “This is a great example of digital disruption and how a digital transformation approach can be used to solve issues across an entire industry”, she says.

“It’s not just something for large companies or enterprise-sized organisations to be concerned about. Organisations of every size can adopt a digital culture to innovate and gain competitive advantage. Spanish Point has done a fantastic job for CMRRA using the Microsoft platform and has created a new solution which is applicable to the whole music rights industry.”

This would not have been possible without visionary thinking on the part of Microsoft, according to Cullen. “Microsoft is way ahead of the pack in terms of making available to firms like Spanish Point and our customers really advanced technologies that they have developed to solve their own issues. That makes these solutions affordable. Even four or five years ago it would have been beyond our reach. It has enabled us to help customers like CMRRA improve their data processing performance by a factor of 40.”

That in turn has enabled CMRRA to dramatically increase its revenues and reduce its members’ annual subscription fees from 10.5 per cent to six per cent. It has also opened up new opportunities for the organisation.

The next big innovation will be AI and machine learning

“They are now going to licence mechanical works in the US,” says Cullen. “They were restricted to Canada up until now, but they have become a lot cheaper than their US competitors because of the Microsoft cloud solution.”

For the future, Spanish Point is looking at utilising Microsoft’s AI technology to further enhance the solution. “We started working with CMRRA in 2011 and it has been a constant innovation process since. They have new streaming services coming to them all the time and they need to be able to quickly turn this into new business. In the past you would put a solution in place and come back to it in five years to see if it needed to be updated. Now with digital transformation it is a continuous cycle. The next big innovation will be AI and machine learning. It will look at inbound transactions to see how they should be routed before they get to the customer.”

For the present, Spanish Point is now moving into the US market and is also working with customers in Spain and Turkey with this solution.

“Microsoft has worked closely with Spanish Point on a number of digital transformation projects over the years,” says Aisling Curtis. “Spanish Point is a very innovative firm. It explores new frontiers with Microsoft products and platforms which enables its customers to access new business opportunities and gain competitive advantage. This is a very tangible example of how digital culture and transformation is allowing an Irish company to solve a worldwide issue for customers. It is a defining example of the impact of digital culture.”