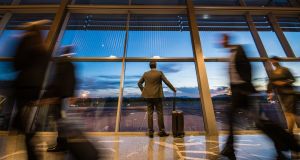 The survey identified that there is a large pool of talented senior executives working overseas, whose strong skill sets would be of significant benefit to Ireland. Photograph: iStock

A reduction in personal taxation, increased investment in healthcare and improvements in housing policy all have the power to attract Irish executives currently working abroad back home.

These were the key findings of The Irish Executive Abroad, a significant survey of more than 500 Irish executives living and working around the world.

Commissioned by executive search specialist Merc Partners, and undertaken by Amarach Research, it shines a spotlight on the level of interest in coming home that exists among the most recent members of the Irish diaspora. Many left during the last recession and are now working – and succeeding – in a range of sectors worldwide. It also sought to identify the barriers stopping them from doing so.

The findings will be of particular interest to Irish employers looking to recruit senior talent, as well as to foreign investors looking to establish a presence here.

The largest number of respondents was the 45 to 54 age group, with the biggest location by region being the UK, followed by Europe, North America, Asia, the Middle East and rest of the world.

They work across all sectors, including professional services, healthcare and life sciences, financial services and technology, as well as in not-for-profits, education, consumer goods and business services.

The survey identified that there is a large pool of talented senior executives working abroad, whose strong skill sets would be of significant benefit to Ireland. Better still, three quarters of these people, 80 per cent of whom have a third-level degree or higher, would like to come home.

Most will only do so under the right circumstances, however.

Merc Partners discovered that of those who are planning to return, at least half hope to come back to Ireland over the next three years.

Among those who want to return, it was career opportunities abroad that motivated many of them to leave. If they believed such opportunities were available to them at home, they would be open to considering a return, it suggests.

Many of those not interested in returning left for lifestyle reasons as well as career opportunities.

Of those hoping to return, nearly half have sensed an improvement in job opportunities here. Younger professionals are more likely to have an awareness of these improvements back home.

Almost half (45 per cent) of respondents based in the UK said they were more likely to return to Ireland as a result of Brexit.

Irish executives abroad were found to take a keen interest in what’s going on at home, including the challenges. When asked what one thing the Government could do that would encourage them to return home, they responded that a reduction in personal tax would be the primary factor.

Improvements in healthcare, housing and infrastructure were also cited. In particular, the gap between their perception of healthcare in Ireland and the service in their current country of residence was highlighted as one of the most striking findings of the report.

More than half (54 per cent) of all respondents said they plan to be back in Ireland within 10 years, with those who have left most recently most likely to want to.

“The report found that 20 per cent of Irish executives abroad are looking out for opportunities at home on a weekly basis. We know this to be the case because we are at the coalface, making and receiving those calls,” says Ruth Curran, managing partner of Merc Partners.

“Understanding this cohort and working with organisations investing in Ireland, that’s always been part of Merc's proposition - it’s in our DNA as a firm.”

Right now, it’s a cohort that represents a serious opportunity for the economy as a whole. “Here is a talent pool of first generation Irish people, who for the most part want to come home and bring the considerable experience they have gained abroad with them. Three out of four of them would like to come back,” she says.

While 54 per cent would like to live in Dublin, 44 per cent said they would go elsewhere, to places like Galway, Cork and Limerick.

That tax reform topped the poll of barriers to a return didn’t surprise her. “That’s an issue for Irish people at home as well in that we enter the top rate of tax at a very low income level.”

Measures such as those seen in some other countries, where returning emigrants are allowed to transition back into the tax system over a period of years, could reduce that barrier. “We have a real opportunity to innovate on that front,” she says.

Greater investment in the health sector would help too. “These are people who are aware that the health service is stretched. Many of the respondents are aged 45 to 54, which is when you start to think more about health and mortality and realise that you are likely to be accessing those services. It’s important we invest in the health sector.”

Ireland has had a minister with responsibility for the diaspora since 2014, a clear signal of the importance of this group to Government. If ever there was a time to encourage them home, this is it.

“Right now we have a large cohort of people ready to come home and boost the economy while, at the same time, we have an opportunity to land global HQs on foot of Brexit,” she says.

“Ireland offers stable politics, which is hugely important for investment. We are also set to become the only English speaking country in the European Union. Ireland has a real opportunity right now to tap into this wealth of talent, to seize the moment.”

Encouraging home people who have operated on a global stage, with all the experience, fresh thinking and confidence that brings with it, can only benefit the country, she says.

“These are Irish people who want to come back and contribute to the economy. Surely we are small, agile and innovate enough to find ways to enable them do it? Now is the opportunity. We have to seize it.”