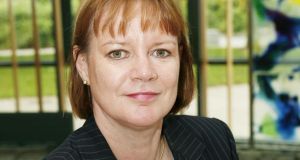 Recent events in aircraft maker Boeing and closer to home in the FAI have once again highlighted the importance of high standards of corporate governance. “The Football Association of Ireland has done a great job of making a front-page story out of something many people thought would never have anything to do with them,” says Prof Niamh Brennan, founder and academic director of the UCD Centre for Corporate Governance. “But corporate governance matters to ordinary people’s lives in ways we don’t imagine.”

She points to the banking crisis as an example. “That ended up breaking not just the banks,” she says. “Now the FAI’s governance failings have had consequences for everyone interested in football from the young people playing the game at weekends to the parents who stand on the sidelines and volunteer their time to local clubs as well as professional clubs around the country.”

The banking crisis was not caused by corporate governance failings, but higher standards of governance may have helped prevent some of its worst outcomes. “In the case of most of the banks, in fairness, what they suffered from was errors of judgment. Most of the boards, if not all of them, did not realise until it was too late that they had taken on too much risk. Some of the reviews suggested that many of the people at the boardroom tables didn’t understand enough about banking to exercise governance responsibilities. But that case is too simplistic. Executives almost certainly did know about banking and they didn’t realise either. If they didn’t know what was going wrong how could non-executive directors be expected to?”

Regulatory failings also came into play. “I don’t think the banks fully understood what was going on, but the job of the regulators was to ensure that they did and that didn’t happen. There were corporate governance failings, the regulators were not exercising oversight and auditors were not sufficiently sceptical. If there had been better standards of corporate governance, they may have better understood their business and the risks they were taking.”

The FAI case is a bit more straightforward. “When the contract for the CEO was not made available, the board didn’t ask for it. You have to look at how people get on the board in first place. It wasn’t for their knowledge of corporate governance nor for their ability to ask hard questions. If it was, they wouldn’t have lasted very long. It was not dissimilar to the banking crisis. Everyone bought into the myth of the CEO. The children’s fable the emperor has no clothes explains the mentality of human beings in these situations.”

Much more serious is the case of Boeing. “What has come out is beyond belief,” she says. “There were lots of employees who knowingly hid things and emails have emerged saying that they wouldn’t allow their own families fly on the 737 Max. The email which said that the airplane was designed by clowns who were supervised by monkeys is shocking. This wasn’t just an error of judgment. It was a case of a company paying more attention to meeting targets than anything else.”

The programme offers an in-depth knowledge of corporate governance and a sound knowledge and understanding of the legal and regulatory framework relevant to directors and board members. Participants also acquire an understanding of the technical competence necessary to carry out the varied tasks required of company directors. The centre also offers in-house courses tailor-made for the needs of the boards of individual companies.

“The thing that makes it such a great programme is the mix of people from broad range of organisations and backgrounds. Students bring their own expertise and experience into the classroom. A few years ago, we had a former ambassador and a paediatric cardiologist on the programme. That range of backgrounds makes it a very rich learning experience.”

And the importance of such programmes will only increase. “Having a recognised formal qualification in corporate governance doesn’t necessarily mean that an individual will be appointed to a board, but I wouldn’t be surprised if in the future it will be a requirement for all new appointees.”