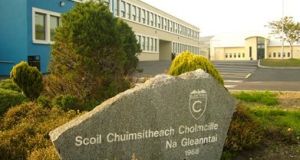 In common with every other school in the country, St Columba’s Comprehensive in Glenties, Co Donegal, has to maintain tight control on budgets. The 380-student, co-educational secondary school has served its community since 1968 and meets the needs of 16 feeder primary schools throughout the surrounding area.

The school is constantly looking at ways to make savings that can be invested in essential educational tools. “I’m in my ninth year as principal. All I have known is cutbacks, austerity and trying to stretch. We look at our costs in every way to find savings,” explains Frances Boner, principal at St Columba’s.

Significant savings have been generated as a result of a switch from fixed-line telephony and calls to Three’s cloud-based voiceover IP (VOIP) phone system, 3Connect. This saw the removal of costly dedicated phone lines while retaining the existing numbers. The school uses the broadband connection provided through HEAnet to handle the calls.

“The primary benefit for many customers is the cost savings,” says Karl McDermott, head of 3Connected solutions with Three Ireland. “There is no line rental. This typically costs €20 per month per line and call costs tend to be minimal in comparison. Schools and colleges around the country already have excellent broadband through the HEAnet network. This provides the bandwidth to handle voice calls, so it makes absolute sense to convert to 3Connect.”

An added advantage of 3Connect is that it is easy to route calls to specific numbers and even to mobiles outside normal working hours. It is easy to manage online, with data that provides visibility of and insight into device usage and calls associated with each phone and user.

The upgrade was scheduled for the summer months so there would be no disruption to classes. “The beauty of 3Connect was it was so attractive in terms of costs. The installation was done quickly and with minimum interruption. Three gave excellent support and any initial teething problems were dealt with very promptly,” says Boner.

That flexibility has come into its own in recent months, according to McDermott. “The Aware charity had 100 people working in a contact centre prior to the Covid-19 crisis,” he notes. “They were all able to work from home using 3Connect with no disruption to service while keeping the same phone numbers and extension numbers.”

That also works in other settings. “If a staff member is not in the school, they can take calls on a soft client on their smartphone. With a VOIP solution you can programme it to forward calls to wherever you are once you have a broadband connection. Or you can configure the system to take calls on the soft client on the smartphone at certain times or forward it to a voice mailbox.”

And the number travels with them. “You can present landline numbers when making calls from a mobile. Pre-Covid, we had customers who spent a lot of time out and about and wanted to present an office number to customers at all times. This makes a business look that bit more professional.”

The additional functionality built in to the system is very simple to use, McDermott adds. “You can switch on call recording whenever you want, for example, and you can change preferences in terms of what happens to calls at different times of the day with a few clicks. It’s as easy to use as the electronic programme guide on your Sky Box. If want to do these things with traditional systems, it can be very expensive and difficult.”

And there are none of the upfront capital costs associated with traditional phone systems. “Customers pay per user. When organisations are trying to cut down and control capital expenditure this sort of solution comes into its own.”

The school also turned to Three for the solution to another problem it faced. St Columba’s operates a book rental scheme for all its students, which meant that the school would be processing orders and handling thousands of euro in cash. This is now operated through the Three Way2Pay service.

“Way2Pay enables payments through SMS,” says McDermott. “It’s a big problem that a lot of schools have. The online payment method makes it a lot easier. Like 3Connect, it’s simple. It takes just a couple of clicks to set it up and it’s all done by text.”

Smart technology applied to the water supply in rural Uganda