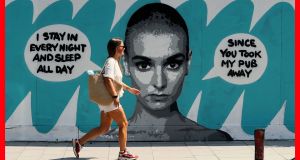 The hospitality industry took its first tentative steps towards reopening this week. But service is far from normal. Time limits, physical distancing rules, bathroom queuing systems, pre-booking requirements and much else besides present a range of challenges to a sector already hard hit by the lockdown.

“It will be 2023 before we are back to where we were before the crisis,” says Patricia Callan, director of Ibec industry group Drinks Ireland. “Our members supply into the on-trade and a major focus for them has been working with the sector to help businesses reopen and to stay open after that. Pubs had to shut up shop at the beginning of the crisis and our members worked with their customers to take back stock, defer payments and so on. They are supporting them again now as they open up again.”

Drinks production and consumption are not the only aspects of the industry affected by the Covid-19 crisis. “A lot of the visitor centres had to close and are still closed and 88 per cent of all visitors to the Dublin centres are international,” says Callan. “They have been locked out of that market. The centres are aimed at big markets like the US, Canada and Germany but now they have to reimagine the business to put a focus on domestic tourism instead.”

Drinks Ireland has launched a Reopening with Respect campaign to highlight how everyone has a part to play. “We want to ensure our favourite pubs, bars and restaurants remain safe and enjoyable for all,” says Callan. “We’ve developed the campaign with the hashtag #BeSound so it can be used by our stakeholders to help get the message out and build consumer confidence. The campaign is based on simple, friendly, identifiable and welcoming language which asks consumers to respect the Government guidelines, respect the staff and respect each other.”

A key objective is to give people the confidence to go back out, she adds. “The messaging has been 100 per cent about the lockdown and staying at home so far. That needs to change now. We need confidence-building measures as pubs and restaurants start to reopen.”

But question marks remain around viability of individual businesses. “We are trying to persuade them all to reopen but we realise that a percentage of them will and a lot of those that do will be losing money, initially at least. There is a lack of clarity around the wage subsidy scheme at present. Dealing with that will be really important for those businesses.”

A reduced VAT rate of 9 per cent would also be helpful. “Spain and Italy already have it and even Germany has reduced VAT on everything. We don’t really have a demand-side issue. A reduced rate would help pubs get cash in. It wouldn’t apply to the off-trade.”

This should be funded through Government borrowing, according to Callan. “The Government can borrow at 0.3 per cent interest rates. It should borrow, borrow, borrow and get cash out there in any way it can. This will prevent the recession being as long and deep as it might be.”

Avine McNally, who heads up Ibec’s leisure and hotels networks groups, says the loss of consumer confidence and a consequent change in behaviour change are among the major issues faced by the leisure and hospitality sector.

“We have seen a lot of hard work being done in the hotel sector to deal with these issues,” she says. “They are doing a lot to bring back confidence with things like extra cleaning, lift management, protocols being put in place to keep everyone safe and other significant operational changes – the buffet is a thing of the past, for example.”

She calls for the reinstatement of the 9 per cent VAT rate for the industry while Callan points out that the sector would be helped if the recommendations from the aviation recovery task force on safe travel were accepted by the Government. “We are in the strange situation where we are not encouraging Irish people to travel abroad, we’d like them to spend their holidays in Ireland this year, but we do want people coming in. Seventy-five per cent of our tourism business comes from overseas.”

Other aspects of the current restrictions should also be reviewed, says McNally. “If you look at large venues like the Convention Centre or the 3Arena, realistically they need zero metres distancing to be able to put on performances. They can’t open their doors unless they get a certain number of people in.”

“There are decisions to be made about risk and how to manage it,” Callan concludes. “We need to find a balance.”