Hendrick's brings Chambers of the Curious to Dublin 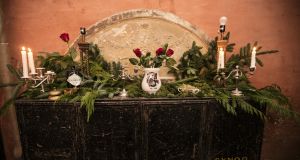 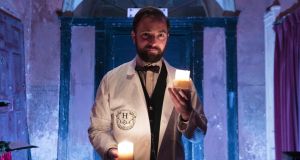 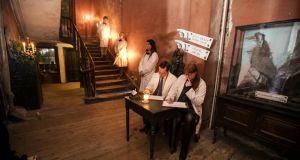 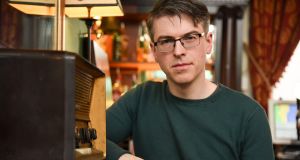 Julien Clancy: The documentarian has designed the latest sequence of travelling pop-up experience the Chambers of the Curious.

It’s not every day you get access to a scientist’s laboratory and a peek inside a world of invention and scientific discovery. But that is just what the Chambers of the Curious will offer.

Inside City Assembly House in the heart of Dublin, the intrepid will be able to take part in a range of experiments – the goal being to fuel their curiosity and entice them to examine the world anew.

“Whenever anybody goes to an event, one of the most difficult things you can do is give them that element of surprise. They come to the event and know very little about what’s going to happen, but leave invigorated because it was totally unexpected,” said radio documentarian and sound designer Julien Clancy, who has designed the latest and final sequence of travelling pop-up experience the Chambers of the Curious.

“That’s what’s at the heart of Hendrick’s Chambers of the Curious. It’s a series of rooms and chambers all housed in City Assembly House on South William Street.”

The chambers concepts were designed by scientists and inventors, and are a hybrid of science, pseudo-science and theatre. For visitors, the experience is built around a central apothecary, off which the laboratories exploring curiosity lead.

What goes on in these chambers is purposely kept secret, but we can reveal that they include interpreting messages from the eyes; delving into what governs our behaviour and character; and an establishment of a human’s sense of self.

This year’s addition, Clancy’s chamber, uses binaural sound to provide a final closing sequence to the chambers (binaural recording uses two microphones, arranged with the intent to create a stereo sound which should be more realistic for the listener).

The range of experiments use a combination of eye-tracking technology, audio tracking headsets and other visual and audio elements to ascertain guests' inclination and preferences towards images, their dreamlike states, and their experiences of sound.

As much as being a physical experience, this is a visual and audio journey also. Clancy’s chamber focuses on the sense of sound and how to use sound to tease out a story and bring it alive. As well as producing radio documentaries for RTÉ, Clancy curates The Moth, an open-mike storytelling night, and Sounds Alive, which hosts podcasters and broadcasters to create sound-rich live shows.

Hendrick’s have brought him on board to create a story inspired by the Victorian era, with steampunk – science fiction in a historical setting featuring steam-powered machinery – the central theme to the experience. To create this soundscape Clancy has called on Belfast’s Sonic Arts Research Centre, BBC wildlife sound recordist Chris Watson and Emmy Award-winning sound recordist Gordon Hempton, to form a truly international team.

“One phenomenon I came across in research is an amazing concept, which was invented in 1881, five years after the telephone was invented. It was a series of events called theatrophone,” said Clancy.

The very wealthy would be invited to houses to sit down and use a series of headphones from which they could dial into a theatre show, a lecture, a talk or a live musical performance in another location. There were two ear pieces, one for left and one for right, so people would arrive, place the headphones over their ears, and then they were automatically connected to microphones that were on the stage – one for the left, one for the right.

“This is the first time the concept of binaural sound was introduced,” said Clancy. “Binaural sound mimics the way we hear sound differently through the left and the right ears.” The final chamber involves a binaural experience to give visitors a sense of being at their own private show and to engage the imagination with the audio. “We took this idea of the theatrophone and then came up with an idea of what the audience are going to hear. What we wanted was to integrate beautiful sound and a sense of surprise, but incorporate a human experience as well.”

Cryptic? Yes, indeed. And that is exactly the goal: to lure in visitors with ideas of innovation – and then surprise and entertain them with what they see.

The experience should be a little like visiting a nutty professor. “You’re trying to create an atmosphere really,” said Clancy. “To house a cinematic element in a beautiful homestead from the Victorian era.” Curiouser and curiouser.

Hendrick's Chambers of the Curious runs from Nov 18th-26th.