Lianne La Havas on the solid start to her musical career

In the latest Guinness short film that follows the release of new ad ‘John Hammond - Intolerant Champion’, singer songwriter Lianne La Havas puts positive and supportive working relationships at the heart of how she found her own voice 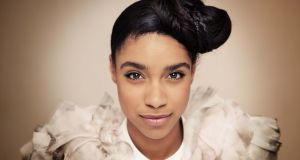 It’s refreshing to hear London singer/songwriter Lianne La Havas reflect on the people that helped her build her career. In the latest film in the Guinness series she refers to herself as having been “plucked from the ether” by her manager. Then just 19 years old she’d been living in a flat above a pub, not sure how to pay the rent and even less sure how to find her voice. But find it she did and takes care to put the help and understanding of this former manager at the centre of her own story.

Some of the success of her debut album, ‘Is Your Love Big Enough’, she similarly credits to a meeting of minds with Matt Hales of Aqualung who co-wrote and produced it. They collaborate regularly now and it is clear that this working relationship holds great value for her and allows her to reflect on John Hammond and the role he played for so many musicians.

La Havas knows that if she didn’t find that connection with a person who could help her while she was finding her voice, she may never have emerged as the artist she has become. We often forget that everyone has a starting point as an unknown and need a helping hand to make the first decisive move in a career and, for many, John Hammond was that catalyst.

The latest album by La Havas, ‘Blood’, has an eye firmly fixed on the US market. She’s won accolades throughout the world but it seems her working relationships are what matter most. An intricate weaving of folk, soul and jazz, her sound is warm and confident, but incredibly hard to define.

Perhaps this is what makes her such a strong candidate to show how John Hammond’s legacy lives on today. Following on from films featuring Rudimental and Lady Leshurr, the short-documentaries allow audiences to make connections with the 1930s jazz promoter that might otherwise have been overlooked. His work with artists of all colour and creed in 1930s New York continues to have resonance today.

The daughter of a Greek father and a Jamaican mother, La Havas started to sing at age seven but not many heard that voice until she was 14, when she began to realise that writing and performing music could be a legitimate path for her. In the film, she suggests that she thrives on collaboration and it’s the pursuit of a collaborator that has brought her this far in life. It’s a simple idea but communicated with feeling and belief. The film itself is a beautiful piece of work, shot in warm tones and close-ups that capture the elegance and close-knit world that La Havas works within.

“I’m of the opinion that if you keep an open mind it might just be great,” she says “it might just work out.” This positive message of self-belief sits well with John Hammond’s central message of inclusion and reminds us that the musical wave he started back in the 1930s continues to capture hearts and minds today.