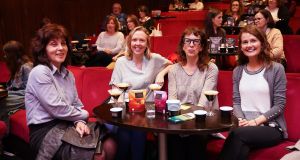 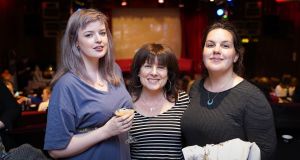 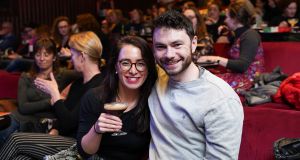 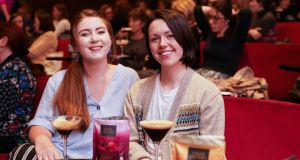 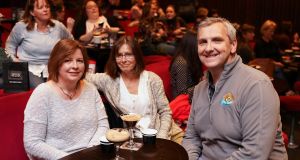 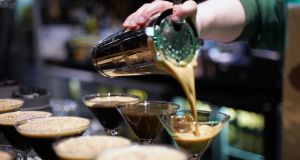 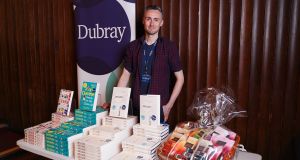 A selection of good books is essential during the summer months, when we are all more likely to have time to spend reading on the beach, in the garden or on a plane.

Recently, in the first of a series of events, The Irish Times and Green & Black’s hosted critically acclaimed writers and an audience of book lovers at the Sugar Club in Dublin to discuss their own recently released books as well as their top tips for a good summer page turner.

Over the course of the event, writers including Sinéad Gleeson (whose collection of essays Constellations: Reflections from Life is currently in bookstores) and comedian and writer Colm O’Regan, author of the novel Ann Devine, Ready for Her Close-Up, gave insights into their favourite books and what they’ll be reading this summer.

The audience were treated to cocktails inspired by the Green & Black’s range, lots of the chocolate itself, including of course the rich and indulgent Green and Black’s Velvet Fruit collection and more.

Here’s a little of what the writers had to say:

Sinéad Gleeson is a writer, editor and broadcaster, who presented The Book Show on RTE 1 for four years. The Long Gaze Back: An Anthology of Irish Women Writers, edited by Gleeson, featured short stories from writers like Anne Enright, Eimear McBride and Lisa McInerney. The Glass Shore: Short Stories by Women from Northern Ireland, compiled by Gleeson, won Best Irish Published Book at the Irish Book Awards in 2016.

In Constellations, Gleeson’s latest book, she speaks of childhood trips to Lourdes, love, loss and sickness as well as Frida Kahlo, PJ Harvey and Tracey Emin. She says short story writing is “a flexible, elastic medium and a way of exploring ideas”.

Some of Gleeson’s recommended reads on the night included The Prime of Miss Jean Brodie, by Muriel Spark, a comic novel that examines the downfall of a Scottish schoolmistress.

For those with wanderlust, she directed the audience to Dearbhla Murphy, an Irish touring cyclist who is most famed for her 1965 book, Full Tilt: Ireland to India With a Bicycle.

The Empathy Exams by Leslie Jamison is Gleeson’s top choice for a book of essays and as she wrily puts it, this type of book is perfect for holiday reading, “where you’ve usually had too many cocktails and are too hot and sweaty for anything more”.

As her top summer read, Gleeson recommended Her Body and other Parties by Carmen Maria Machado.

Colm O’Regan is a stand-up comedian, writer, columnist and broadcaster. He is a columnist with RTÉ Radio 1’s Drivetime, BBC World Service’s In The Balance and BBC World News’ Talking Business. He is the author of the Irish Mammies series and Bolloxology and his first novel, Ann Devine, Ready for Her Close-Up, was released in March. He describes his chief protagonist Ann as a “riddle, wrapped up in a fleece, inside a Skoda Octavia.”

O’Regan recommended Michael Frayn’s Headlong, which he “picked up in Dealz for two euro”, as a classic comic novel about pretension, greed and lies.

He also chose In Xanadu by William Dalrymple; he describes the vastness of the land, and the journey along the Silk Road, as something that captured his imagination. This book “archives a world that has disappeared,” he says.

For a collection of essays, O’Regan thanks his “more cultured” wife for bringing into the house The Collected Works of Lydia Davis, which he has dipped in and out of. Ending the evening, for his summer read, O’Regan recommended a novel that he “read cover to cover”, on a long haul flight last summer. It was the almost universally loved Eleanor Oliphant is Completely Fine, by Gail Honeyman.

With lots of time for conversation before and after the main event, attendees had lots to say about the night and how it inspired them to read new titles as well as try out more Green & Black’s.

Attendee Caoimhe Grogan from Dublin said she would be looking more closely at the writing discussed, as it gives a “glimpse into the past and how women travelled alone.”

“I liked Sinéad Gleeson, she sounded compelling and honest and I’d heard a lot about the book,” she added.

Kate Shearer from Dundrum said she was keen to read a number of the non-fiction books mentioned, “as I find that I am leaning more toward non-fiction rather than fiction these days.”

“The Green & Black’s chocolate and cocktails were an added bonus,” she laughed.

Founded in 1991 by husband and wife team Craig Sams and Jo Fairley, Green & Black's is committed to creating a great tasting, innovative and ethically sourced chocolate.

The Velvet Edition of chocolate bars offer a variety of signature flavours for all tastes in a smooth velvety finish. Dark chocolate but not as you know it. The Velvet Fruit pouches offer a completely new taste in chocolate: a luxurious melange of fruit and dark chocolate. Carefully crafted by expert taste specialists, Green & Black's invites you to unwind and savour every bite while bringing your taste buds on a heavenly journey.

Escape the ordinary with Green & Black's.