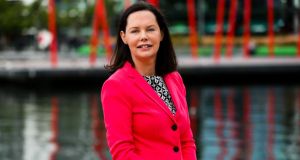 The global tax conference is being held at a crucial stage in the evolution of international tax policy according to Irish Tax Institute president Mary Honohan. “We are at a really important juncture in the global tax process”, she says. “We’re moving from political consensus to practical implementation, with an impact on both countries and companies. Our first global tax conference was held in October 2013 just after the announcement of the changes to Ireland’s international tax policy, and this time the conference is just as we are starting to see all the pieces coming together for the new global tax rules.”

These pieces include the implementation of country-by-country reporting, as well as a number of crucial EU actions. “The EU is doing its own work in trying to ensure that member states are tackling aggressive tax planning,” she points out.

“It announced its anti-tax-avoidance package in January, which includes a range of measures designed to tackle the issue. A big question is if they will go further than the OECD in their legislation.

“Will individual countries take their own unilateral action, at what pace will different countries implement changes and what will all this mean for companies?” she asks. “There are some big-ticket items on the EU agenda; there’s a new CCCTB proposal coming later this year and we have a new directive coming on country-by-country reporting. The big question for everyone is will the [European] commission push for public reporting – we’re going to see an impact assessment of that published in a few weeks’ time. ”

There is also a lot of policy work still to be completed at the OECD, she points out. “We are expecting a revised set of OECD transfer pricing guidelines to be agreed and signed off this year. There are important areas such as permanent establishment and tax treaties where further clarification is needed and we await agreement on a critical pillar of the whole BEPSs (OECD base erosion and profit sharing) framework – the multilateral instrument.”

While the conference has its sights firmly fixed on the global agenda, its importance for Ireland cannot be overstated. “The new global tax rules are in essence about corporate taxation of multinationals,” Honohan says. “Given the presence of so many multinationals in Ireland, and indeed the international growth of large Irish indigenous companies, it is an important topic in this country. We are also members of the EU and we are engaged in the OECD process, so across the board Ireland is an interested party in the current tax agenda.”

She also points out that tax policy and tax decisions have long been an important feature of Ireland’s economic and employment strategy. But it is not just the corporate tax rate which is important, however.

“We need a personal tax system that makes Ireland attractive for talented people to come in and to keep them here so that we have the decision-makers based here,” she says.

“Because of the scale and presence of US multinationals in Ireland, there is naturally significant interest in the US approach to BEPS and the European Commission measures to implement it, as well as attention being paid to the US’s own tax reform agenda”, she adds. “By virtue of its size as an economy and its presence and expansion globally, the US is a major player in the global tax agenda. The US has been very vocal on some of the tax items on the agenda and so its actions and policy decisions are hugely influential. That will be a very interesting discussion at the conference.”

The reform process currently under way is far broader than simply the 34 OECD member states. “The objective of the OECD BEPS action plan is to reform the overall global tax framework, and if it is to be successful, the measures must be adopted by all countries,” Honohan explains.

“At the conference, we will also hear the perspective of non-OECD countries and the steps they will be taking to reform their tax codes. If all countries do not move as far and at the same pace as Ireland and the EU, then ultimately the competitiveness of both could suffer.”

She believes 2016 will be a very significant year for the global tax system. “The application of the new rules will be watched by everyone from chief financial officers and heads of tax in companies, to national governments and revenue authorities.

“Here in Ireland we’ve already seen some of that change with country by country reporting and the new knowledge development box introduced in the Finance Bill last year. Some of the changes in the EU and OECD have been quite swift and things are moving quickly in some areas.

“We are also seeing a lot more public interest in the tax affairs of companies, with implications across the board. This is one trend that is unlikely to change.”