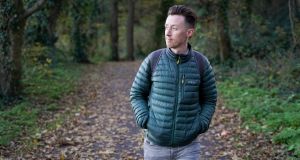 While the new Fitbit Versa 2 boasts a range of smartwatch features including Alexa integration, at its core it is a fitness tracker, designed to encourage and maintain regular exercise, whether the goal is to lose weight or simply to have a better quality of life. David Phillips tested the watch to try to establish a new habit of regular exercise.

Do you have a current fitness regime?

I definitely would not use the word regime. I’d like to think I keep active but I’ve always had a bit of a struggle keeping to a disciplined plan. If you go back five years, I would say that was the closest I came to having a regular fitness routine; I cycled a lot and I ran a few times a week. I started out with running regularly by going to Parkrun every weekend, that developed into doing 10k and longer races several times a year, but in 2016, at the age of 33, I had heart surgery to replace a valve and I had a long layoff period after that, and since then I have not gotten back to the level of fitness I had before.

I started back to the gym around 2017 and I tend to focus on cardio on bikes and rowing machines. On a good week I’d go along twice, but some weeks only once, and some weeks I will skip altogether. I think I tend to do just enough to keep my head above water, really.

So how did you use the Versa 2?

I wanted to give myself a bit more structure around exercising, so that was one of the main benefits that I found. I am a bit of a nerd and I really think the gamification of things helps motivate me, so even the practice of logging workouts was very helpful in terms of setting goals and making sure I stick to them.

I know it is a fundamental feature of smartwatches, but the step counter was very helpful. I’ve walked the Camino de Santiago in Spain a couple of times, and walking does a lot for me in terms of giving me space to help think about projects, as well as keeping a good level of cardio. There was a time when I’d regularly walk into work in the city centre, which is around a 10k trip, but a busier schedule meant I’d cut that out over the past while. That was something I really wanted to reestablish, and to be honest I was shocked at how little I was walking some days, especially if I was sitting in work all day - so the movement reminder nagged me into making more of an effort to get out.

There are challenges you can use through the app, so I set that to boost up my step count over a couple of weeks. I get a weekly email from Fitbit breaking down the past seven days, and just little reminders like that helped me to actually schedule in a couple of days a week where I am back walking in along the coast, weather permitting of course, and I’m feeling great because of it.

What other things did you find useful on the watch?

Especially with a heart condition, it’s great peace of mind to have a constant on-the-wrist HRM. Obviously when working out it is very handy to be able to see what zones I’m hitting. While a lot of the exercise I do is not pushing it so much, I do some interval training on the rower and while the watch doesn’t have a preset for indoor rowing, it does have a good interval timer that was easy to set up. So I used that to coordinate individual sessions, and it was good to keep an eye on heart rate while doing that. But even with day-to-day activity, being able to see when my resting heart rate was lower or higher gave me real peace of mind.

I also tried out some of the training videos - which are available as a premium feature on the app. They essentially are workouts between 10 and 20 minutes that you follow on your phone. These were useful, especially if I was struggling to get to the gym on a particular day. There is enough variety in them so they don’t get boring, and enough challenge in them too. So I found them to be really useful, because it meant I was doing something rather than nothing on busier days.

Was there anything surprising about using the watch?

I was really impressed with the battery, I’d used some smart wearables before that needed what seemed like constant charging - with the Versa 2 I probably recharged 2 times a week, and that was with an always-on display.

What I found as a bit of a hidden benefit for fitness was the sleep tracking functions. I can be a bit of a night owl, and as with the fitness stats, having easy daily access to how much - or how little - I was sleeping was pretty eye-opening.

I could see a correlation between my resting heart rate on days where I got enough sleep, compared to times I was functioning on a less than ideal night of sleep. I know it is self-evident but it was an area I was neglecting, so the Versa 2 helped me prioritise getting into a regular sleep pattern. And the results that had on workouts was really surprising. For the past couple of years my times for a 5k row, going at a regular pace, would tend to be around 21 minutes, and if I was pushing it a little more I would get close to 20 minutes, but had never managed to hit that sub-20 goal. The regular sleep has made a phenomenal difference, I managed 19.30 the other day, and regularly hit sub-20 minutes when I want to.

I don’t think I would have believed you if you told me that it would make such a difference, but the combination of better sleep, more consistent workouts, and extra cardio by walking longer distances is really paying off.