For two Irish SMEs, the Bank of Ireland initiative that put their names on the shirts of rugby giants, transformed their brand presence 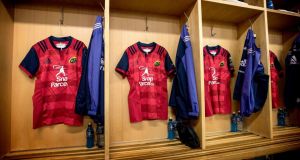 SnapParcel, based in the Shannon Business Park, Co Clare, took pride of place on Munster’s jerseys, having won the Munster leg of Bank of Ireland's Sponsor for a Day competition for SMEs 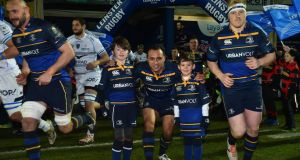 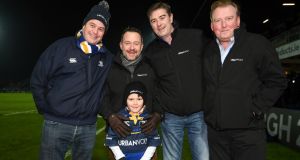 Match day mascot Niall Finn from Garristown, Dublin ahead of the European Rugby Champions Cup Pool 4 Round 5 match between Leinster and Montpellier at the RDS Arena in Dublin. Photograph: Stephen McCarthy

Sports sponsorship is incredibly powerful. The combination of fan passion, audience awareness generated and the trust and confidence in a brand that is created inspires recognition of a company that goes way beyond the final whistle.

For many Irish SMEs the dream of making it onto a team jersey is an unreachable one and the chance to sponsor either of Ireland’s rugby giants, Leinster or Munster – both of whom have just secured massive boosts to their brand awareness with qualification for the quarter-finals of the European Champions Cup – is a golden opportunity.

Bank of Ireland offer SMEs just that each season, with the opportunity to win jersey space, as well as a full suite of stadium sponsorship, in a Champions Cup match featuring the two heavyweights, with a different company having their name and logo embellishing the famous blue and red jerseys of the respective provinces.

UrbanVolt, an LED lighting company based on Lad Lane, Dublin 2, won the Leinster side of the competition, and their chief operations officer Graham Deane revealed that interest in their business literally went through the roof on the day the Leinster XV took to the field with their name on the jersey.

“We had started our company 18 months beforehand,” says Deane. “We were three guys in a room trying to figure out how we were going to get publicity for our business, and then 18 months later, we’re in the Leinster dressing room looking at 23 jerseys with UrbanVolt written across them, giving us more brand awareness than we ever thought possible.

“It had a direct material impact on the business. When we engaged with the campaign in terms of acquiring votes we took to social media quite vigorously to do that on Facebook and LinkedIn. Some of those posts were seen by thousands of people with multiple spikes.

“But on the evening of the game our website traffic was up by thousands of per cent. In terms of the traffic statistics to our website it was like tipping along the hills of Connemara and then a sudden spike that was like climbing Mount Everest. It had a massive impact.

“Following that we had a lot of people registering interest via the website and then people reaching out to us on LinkedIn with people wanting to do new business with us.”

Through online searches the benefits of the Sponsor for a Day branding slot will continue for UrbanVolt long past match day.

“It got us fantastic awareness through the match itself, but what it does long-term is that if ever anyone Googles UrbanVolt, it’s going to pop up that we were associated with Bank of Ireland and Leinster Rugby. That elevates our brand,” continues Deane.

The southern winner, which took pride of place on Munster’s jerseys, was SnapParcel, based in the Shannon Business Park, Co Clare.

Their marketing manager Erin McErlean echoes the sentiments of UrbanVolt when saying that the direct knock-on effect of becoming Sponsor for a Day transformed their brand presence into something previously unimaginable.

“We are a small courier company in Shannon, so to have our company name on the Munster jersey in Thomond Park, broadcast internationally, is something that we never would have been able to achieve if it wasn’t for the Bank of Ireland competition,” says McErlean.

“We were at the Showcase Ireland Creative Expo this January to meet some of our current clients and make new connections, and while we were there people recognised the SnapParcel logo from the Munster match. We never had brand recognition like that before we won the competition.

“Website traffic was also up six-fold on matchday, and on the weekend of the match we had twice as many bookings coming in. The advertising worked. It got our brand out there.

“Our real niche is getting great rates for small businesses. We negotiate better shipping rates for small companies and the number of SMEs that have approached us since has been amazing.”

The goal for SnapParcel now is to incorporate the advertising from matchday into their marketing going forward, plans which involve a rebranding to keep awareness focused on their association with the rugby giants.

“What we need to do now is build on the momentum. We’re changing our branding so that when we present at exhibitions now we have images that relate to the Sponsor for a Day competition and will jog people’s memories,” continues McErlean.

“Initially we weren’t going to enter the competition because we didn’t think we would be big enough to win and so we were all in shock when we did win. So we’d encourage companies to enter and put their hat in the ring no matter how small they are because you never know - you could win and the benefits to your company would be huge.”

To find out more about the Bank of Ireland Sponsor for a Day competition visit: www.bankofireland.com/sponsorforaday